Most of us PC Enthusiast are eagerly waiting for the unveiling and releasing of the much awaited 4th Generation Intel Core Processors that are codenamed “Haswell“. Some of the upcoming 4th gen. Intel Core processors to be released this 2013 are the Intel Core i7-4770K and i7-4770S. But other than that, there are actually many 4th generation Intel Processors that will be released based on Socket LGA 1150. Artic has intentionally or accidentally leaked the model numbers of these Haswell processors based on LGA1150. See them below. 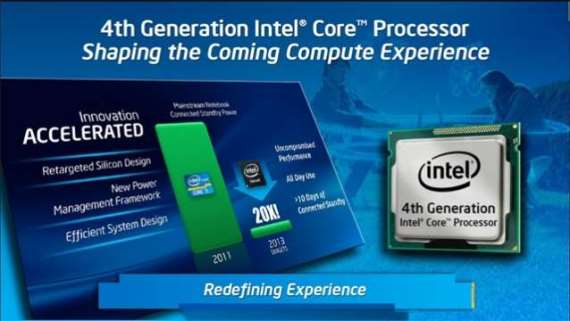 According to Artic’s CPU cooler compatibility (the Freezer i30 CO to be exact), there are Nine (9) Intel Core i7 processors, Seventeen (17) for the Core i5, Five (5) for the Core i3, and Two (2) for the Pentium processors that are all based on, and will be using, socket LGA 1150. Below is a breakdown of the said processors.

Intel Pentium based on Socket LGA 1150

If you have noticed, Intel has been releasing various models of their processors. Some of these won’t reach the major market at all. Others will be available in some regions only. But one thing is for sure, the models with “K” and models without extension will most probably be released in the general market world wide.

There is no word yet as to when will these Haswell processors be available on the market, neither their respective release date. Haswell was supposed to be unveiled in CES, but there is a news that it will be delayed until Computex 2013.

Well guys, will you be upgrading when Haswell and the new motherboards based on LGA1150 will be released? Perhaps I will be upgrading soon when prices for the upcoming Haswell starts to decline and promising LGA 1150 motherboards are released already. Just waiting for the “bang for the buck” components to be released.