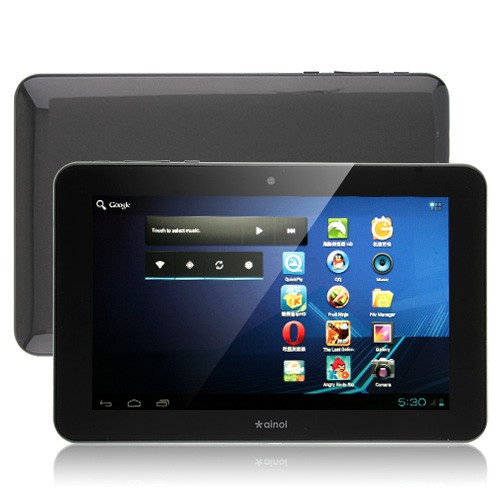 Before you decide which one should you buy, let’s compare their specifications, features and price. Below is a table comparing the Ainol Novo 7 Aurora and Novo 7 Elf’s specifications:

Notice any difference? If you look at the specs, it looked like I just copy the specs of Novo 7 Aurora and pasted it on Novo 7 Elf. Well, it’s a YES and No.

For those who do not know what IPS is, IPS stands for In-Plane Switching which was developed by Hitachi back in 1996. An IPS display gives you a better display, more vivid color, and a wider angle for viewing. See the comparison below.

The price difference is around $20 USD. Is it worth the IPS upgrade? Well, if you are fine with a non-IPS display, and the $20 difference is big enough for you, then you might settle for the Ainol Novo 7 Elf. But if you’re looking for better display and don’t mind to spend a little more, then go for Ainol Novo 7 Aurora.

Another difference, but not in terms of their performance, is their finish. The Novo 7 Aurora has a glossy and shiny finish, while the Novo 7 Elf has a Matte finish.

Well, there you have it! There is no big difference between the two. Just the IPS display.