AMD A8-3870 Llano APU is built for easy overclocking

AMD has unveiled their upcoming processors one by one. From Llano APUs to Bulldozer APUs. Now AMD is preparing for another Fusion A8 Series desktop Accelerated Processing Units with unlocked BClk multiplier for easy overclocking, the A8-3870 APU (not to be confused with AMD’s old 3870 graphics card. 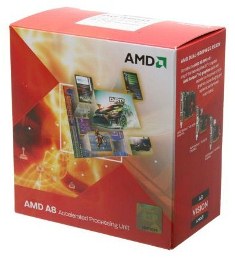 Like Intel’s second generation processors has the “K” on it, the A8-3870 is really made with an unlock base clock and is designed for overclocking. However, it was not made to replace the A8-3850 instead its expected to be available with the latter. Below is a brief specification of A8-3870.