Finally, price for AMD Bulldozer Zambezi FX-Series processors and AMD Llano Accelerated Processing Units (APU) are revealed and made public. The FX-series Zambezi and APUs are said to be in par with Intel’s Sandy Bridge. Both the Bulldozer and Llano have 4 or more cores, a memory controller, a graphics processor and PCI-Express switch in a single silicon. 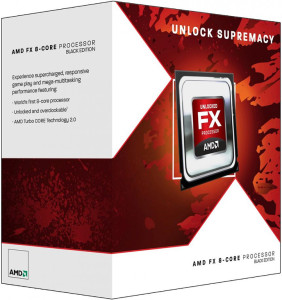 It is undeniably true that the new AMD Bulldozer and Llano processors has a lower price compared to Intel’s second generation processors. This is one major advantage of AMD over Intel. But the big question is, can AMD defeat Intel’s processors in terms of performance? Can the 8-core FX-8130/8130p outperform Intel’s Core i7?

It’s too early to say yet. Remember it was AMD who first released a 6-core processor in the form of Phenom II X6, but it could easily be out perform by a mere Intel i5 second generation quad-core processor. Again more more cores doesn’t mean more processing power.

Let’s just wait for the benchmarks to come out. ^_^