AMD vs NVIDIA fanboys: How does one choose side?

A few weeks ago, I was curious on why are there fanboys on NVIDIA graphic cards and AMD graphic cards. I was thinking what made them side and became loyal to AMD’s line up of graphic cards or NVIDIA’s graphic cards. Everytime I check a forum, where there is a new graphic card being released, I could notice a response similar to this “I’d still go for ATI Radeon” or “I’m still loyal to NVIDIA” even though the competitor’s graphic card offers a new and higher advantage over the other one. 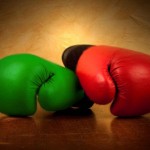 Loyalist are termed fanboys, may it be Radeon fanboys, NVIDIA fanboys, Intel fanboys or AMD fanboys and so on. I was never a “fanboy” to a particular product so I could not grasp what where they thinking. So I decided to create a thread and start asking people on why they side with AMD or NVIDIA in terms of their respective graphic cards. “Why did you choose AMD/Nvidia Graphic Cards?” and What made you a fanboy?

When I made the survey I was targeting “fanboys”, I was hoping I could get decent answers or explanations as to why they side with that particular company. Here are the response that I got. Let’s start of with the Red Team or the AMD Team.

Now lets move on to the Green Team or the NVIDIA Team.
NVIDIA Fanboys (They like NVIDIA graphic cards because…):

So far these are just the “proper” and decent response I got from my question. But to my surprise I got a lot of response from those who are in the middle or who did not choose sides.
Here are some of the best answers I got:

After a few days, my thread/survey did not receive any response. In the end I was not able to get a decent answer as to why they were such a loyalist or a “fanboy” to AMD or NVIDIA. But I did get a response from a user defining what a “fanboy” is.

According to him “Fanboys are people that remain loyal to something, no matter how much it sucks. People that remain loyal to video game companies are usually named as a fanboy.
I think its obvious that fanboys haven’t use AMD or Nvidia card so still there are many misconception. And for the fanboys, you have missed more than you have gained.
For the smart buyer who don’t have brand loyalty i salute you. we are the ones that makes this corporations (AMD/Nvidia) bring affordable and feature rich products in the market.
More product and price war to come and the costumer wins. “

As a conclusion, there are lesser and lesser “fanboys” out there. And people are starting to make wise decision when buying a particular product (in these case, graphic cards). You might be a fanboy today and the succeeding months or years but not for long. Sooner or later you will eventually try or switch to another brand or company and see what that company has to offer. 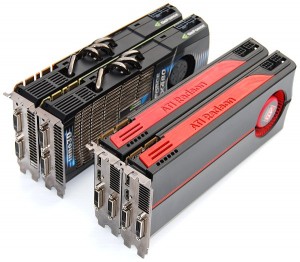 Choosing the right graphic card for you may not be that difficult. There are two major things you need to consider when buying a graphic card. 1st is your budget. No matter how fast and advance graphic cards are today, if you don’t have the money to buy then it would be useless. You need to stick to your budget. 2nd is your purpose or usage. What is the purpose of buying the graphic card, is it for gaming, video or image rendering, home entertainment and many other reasons… These two are very important.

The others things that a user considers when buying a graphic card is, performance, design, power consumption, heat, features, brand preference and the likes.