Android 5.0 Jelly Bean to Launch by Second Quarter of 2012

Just recently, a news about the release of Google’s next OS the Android 5.0 Jelly Bean surfaces. Google has been constantly updating its mobile OS every 6 to 8 months, from Froyo to Gingerbread to HoneyComb to the currently released Ice Cream Sandwich, and finally Android v5.0 JellyBean this mid of 2012. 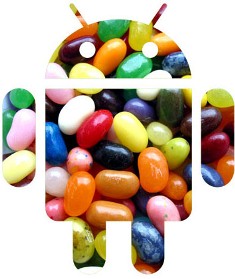 What do we know so far about Android 5.0 Jelly Bean?

According to reports Android 5.0 Jelly Bean release date could be around June 2012 or will probably be launched earlier than that.

The upcoming Android 5.0 is further optimized for larger devices like tablets and netbooks. It also has the ability to dual-boot Chrome OS thus it’s possible to market with computer makers easily.

Because of this, it is possible to run two operating systems like Android 5.0 and Windows 8 in tablets or slate. “Brand vendors can either choose to adopt only Android 5.0 or add Android 5.0 to Windows 8 devices with the ability to switch between the two OSes without the need to shut down the computer”. Now who would want that? Enthusiasts might like this idea, but for your typical consumer this might sound complicated.

The Google IO Developer event begins on June 27, 2012 and it’s expected that we will learn more about Android 5.0 Jelly Bean on those days.