Aqua computer, a German company expert in manufacturing PC liquid-cooling solutions, announces the AquaGraFX GTX 680 Water Block, its first full cover water block for the latest GeForce GTX 680. Like the previous models of AquaGraFX, its primary material is copper, as you can see in the images below. 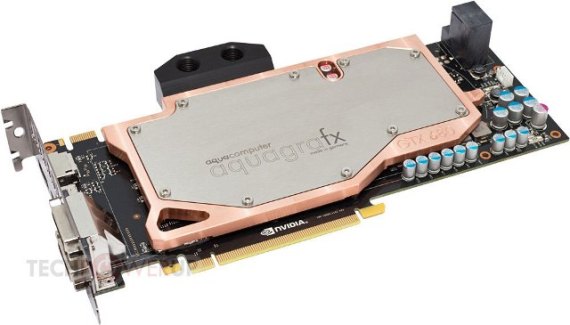 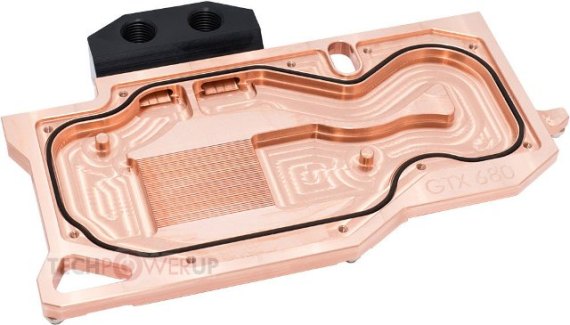 It is also noticeable that in the GPU area of the AquaGraFX GTX 680, the channels are densely ridged, thus increasing the surface area where heat from the GPU is dissipated. 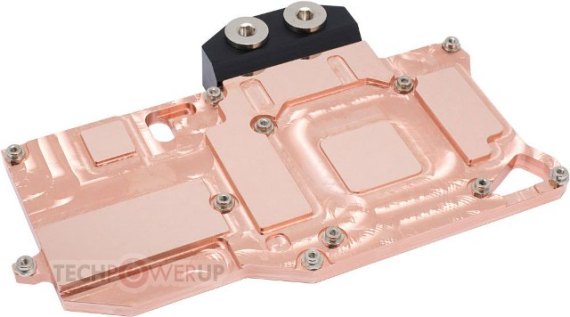 The AquaGraFX GTX 680 Water Block features a modular inlet and outlet that is perfect for single graphics card configuration, as well as SLI configurations. It also features a brushed metal cover and mirror polished finishing. 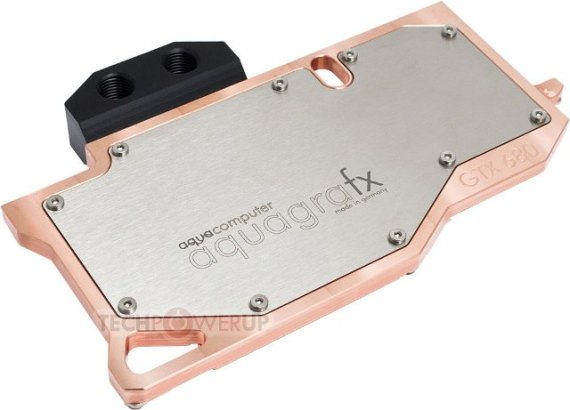 Aqua Computer did not mention anything about the AquaGraFX GTX 680’s price or availability. But it is expected to be released soon, since the GeForce GTX 680 graphics card has already been rolled out.