Ashley Robert, former member of the Pussycat Dolls, just got suit up in Crysis 3 Nanosuit, but in bodypaint and not the real nanosuit. This could be inline with the promotion of the recently released first person shooter sci-fi action game Crysis 3. Ashley Robert is currently a judge on Dancing on Ice. It looks pretty cool, but do you think it will help boost Crysis 3 sales? 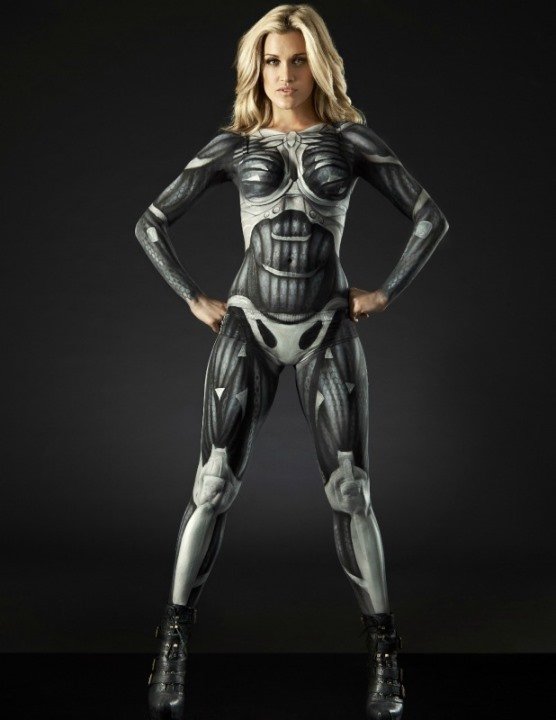 Ashley Robert was not totally naked when the bodypaint was done on her body. You could see the linings of her panty and bra. According to Ashley: “It’s kind of fun. The more and more they get done, I’m feeling like I’m becoming a real superhero.”. She further added: “I’m pretty much painted head to toe except for my face, so it’s kind of fun and exciting.”

The only thing that is missing in these pictures is the hunter’s bow. I think they should have added the bow to further emphasize that only in Crysis 3 will you see the bow. 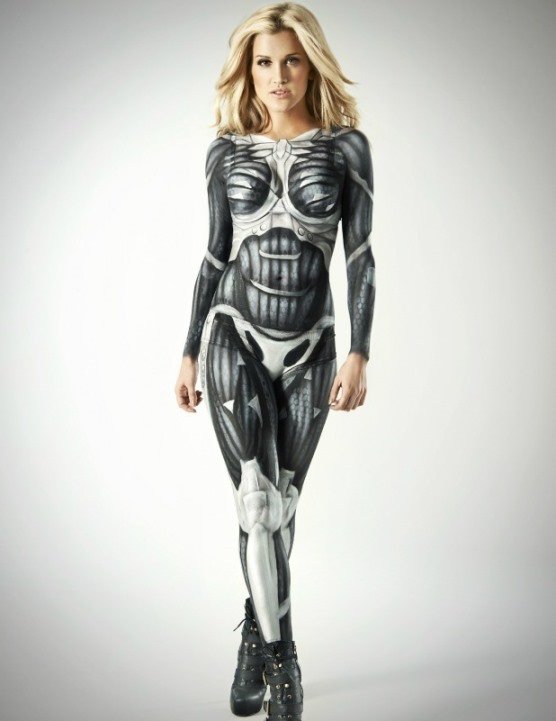 Some highly influential game reviewers say that you should not buy this game, while others might say go for it. Well, I think Crysis 3 is a big improvement compared to Crysis 2. The graphics and effects are also totally cool, in a higher level, and you definitely need a high end graphics card to take advantage of the outstanding effects. But I can’t totally conclude since I haven’t finished playing the game. We also need to consider the gameplay and the story line, and how things go overall.

Crysis 3 is now available in Xbox 360, Playstation 3, PC DVD, and PC download. Well, who do you think looks cooler, Ashley Robert in the Nanosuit or Prophet? ^_^