What is PCI-E 3.0 or Peripheral Component Interconnect Express 3.0?
Basically PCI-E 3.0 is the next level in PCI-Express Input and Output standards. It has a raw bit rate of 8.0GT/s, interconnect bandwidth of 8Gbps, 1GB/s bandwidth per lane per direction and a total of 32GB/s bandwidth for x16 link.

ASRock is not the only motherboard manufacturer who is integrating PCI-Express 3.0, but they use the technology to market and highlight their Gen3 lineup, just like when SATA 6Gb/s and USB 3.0 were used to market motherboards.

ASRock’s Gen3 lineup is made up of five (5) LGA1155 motherboards, of which four of them are based on Intel Z68 Express chipset and one P67 Express Rev B3 chipset. The PCI-Express 3.0 motherboard lineup includes ASRock Z68 Extreme7 Gen3, their Gen3 flagship motherboard, followed by Fatal1ty Z68 Professional Gen3, Z68 Extreme4 Gen3, Z58 Extreme Gen3 and lastly, P67 Extreme4 Gen3. As you have noticed all of the models are branded with “Gen3”.

What does ASRock’s Gen3 PCI-Express 3.0 motherboard has to offer? Let’s take a look at some of it’s highlighted features.

MAGIX Multimedia Suite – The ultimate solutions to enhance your media experience. From music management, music creation, video editing to photo management. Simply do more with your media than you ever thought possible.

XFast Charger – lets you charge your mobile device faster than ever through your PC’s USB ports. Supports Apple and Android devices.

All of the Gen3 motherboards are built with Premium Gold Capacitors, a feature that I like in ASRock’s Gen3 series. 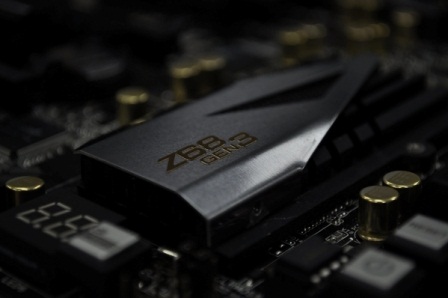 Here’s an Overview of the ASRock Gen3 lineup motherboards:

Among the models above the Z68 Extreme7 Gen3 and the Fatal1ty Z68 Professional Gen3 are the better looking. Z68 Extreme7 Gen3 is ASRock’s flagship and they have really improved the design of their motherboards. 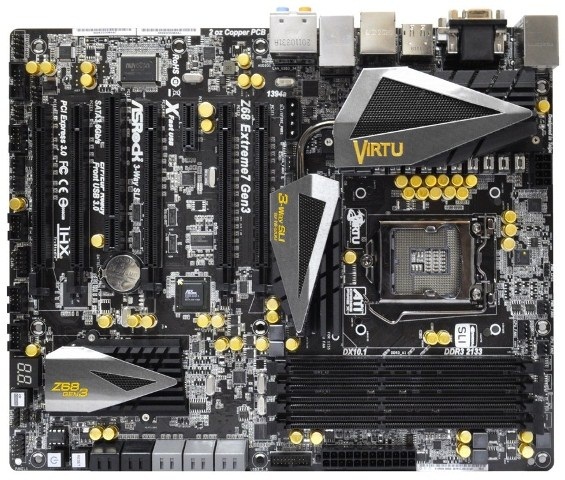 ASRock’s motherboards used to look like boring boards and features are not emphasized. But now with the Gen3 series, they sure look great, specially with he gold capacitors. Gen3 are almost close to EVGA’s and Asus’ premium and high-end motherboard designs. Generally, ASRock has still lots of room for improvement.

The question now is when will these Gen3 PCI-Express 3.0 motherboards be available in the market and how much would they cost. Obviously, this lineup has to be the most expensive motherboard ASRock has ever have.