Recently at Computex 2013, Asus introduced the new Asus FonePad Note, a 6-inch android tablet featuring a stylus pen and some other cool features. The FonePad Note is powered by an Intel Atom Z2560 dual core processor clocked at 1.6GHz and has a beautiful Super IPS+ Full HD display at 1920×1080 resolution with 367 pixels per inch. Check out more specifications below. 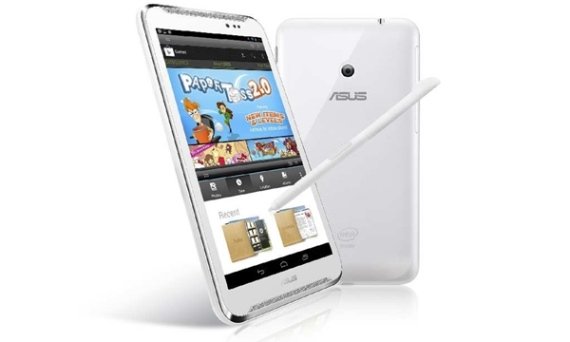 Specs-wise, the Asus FonePad Note is not as impressive as the Galaxy Note 2. It runs on a dual core processor and more or less has the same capabilities. But what’s good about the FonePad Note is its 6-inch display featuring Super IPS+ resolution and 367 ppi, which will give you a nice and crisp display.

The Asus FonePad Note also features SonicMaster audio technology delivering high-quality sound, with its dual front-facing speakers. And since it has a stylus pen, expect to have apps that will take advantage of the pen.

Just like the Galaxy S 4, the Note 3 might be the next popular smartphone to be released this year. But if the Asus FonePad Note’s price is more attractive, it might be able to capture some non-Samsung fanboys’ attention.