The latest version or the 2nd generation of Asus Google Nexus 7 is now available. The Google Nexus 7 2013 sports some significant upgrades and improvements compared to the first generation of Nexus 7. It’s now slimmer, lighter, powered by a Quad Core processor and runs on Android 4.3 Jelly Bean out of the box. Check out its new specifications, features and watch the video review, as well as where you can order one below. 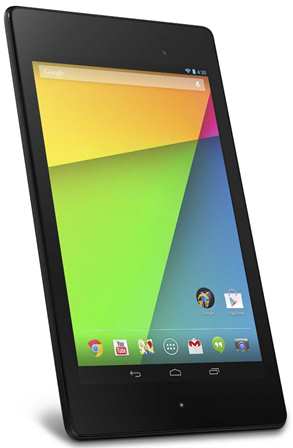 Right now, the Google Nexus 7 is probably the best selling and hottest tablet currently on the market. Why? Why are people so excited about this tablet? Well, aside from its affordability and cheap price, it’s built with some noteworthy features and specs that most people are looking for in a 7-inch tablet.

The new Google Nexus 7 2013 is now powered by a Qualcomm Snapdragon S4 Pro Quad Core processor clocked at 1.5GHz, paired with 2GB of RAM memory. It’s graphics processor is handled by an Adreno 320 clocked at 400MHz, and runs on the currently latest Android 4.3 Jelly Bean version.

Aside from its muscle power, its 7-inch display is a beautiful Full HD IPS display at 1920×1200 resolution, with a 323 pixels per inch density, and is protected by a scratch resistant Corning Gorilla Glass. According to its manufacturers, its the “sharpest 7-inch tablet screen ever”. 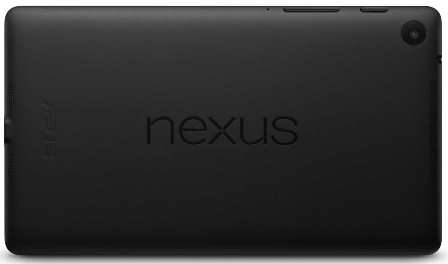 Asus also redesigned the body of the Google Nexus 7 2013. It’s now slimmer, with a thickness of 8.65mm, and weighs only 290 grams (for the non LTE version, 299 grams for the LTE version). The 2nd generation Nexus 7 is said to last even longer compared to the previous generation, with up to 9 hours of HD video playback and 10 hours of web browsing or reading.

The Google Nexus 7 2nd generation now has a 5 megapixel rear facing camera, paired with a 1.2 megapixel front facing camera. It features a dual-band WiFi connection, with an optional 4G LTE (different model). Check out the rest of its specifications below, and be sure to watch the video review below, as well as where you can get one now.

Below is a full review of the latest Google Nexus 7 2nd generation courtesy of DetroitBORG.

The Google Nexus 7 2013 16GB is currently priced at $229 only, with free shipping when you order here. While the 32GB version is only $269.99 also with free shipping, and you can order one here. Prices are subject to change without prior notice. It’s best to see the actual price on the next page.

The Google Nexus 7 2013 4G LTE version is currently not available yet. I’ll post another article when it became available on the market.

If there’s one thing I can say about the new Asus Google Nexus 7 2013, it’s “man, they sell like hotcakes!”