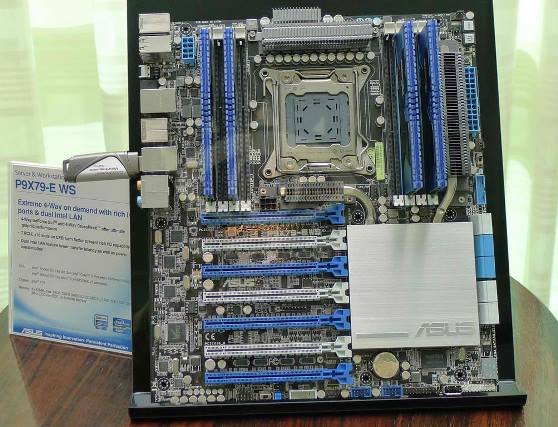 The Asus P9X79-E WS is a X79 chipset motherboard that sports a 10+2 Phase DIGI+ and is built for Sandy Bridge-E processors. It has built in aluminum heatsinks to cool the chipsets instantly in extreme conditions. It has a total of eight (8) DDR3 DIMM slots that supports for 64GB-128GB quad channel DDR3 memory with a frequency of up to 2400MHz.

On the lower portion of the board, it packs Seven (7) PCI-Express 3.0 x16 slots that supports QuadSLI and CrossFireX configuration. On the right side are Six (6) SATA 6 Gbps ports (the white slots) and Four (4) SATA 3 Gbps (blue slots). It has also an on board power on, off, reset buttons just like any other Asus high end motherboards.

At the Input/Output panel of the Asus P9X79-E WS, located at the rear, are dual Gigabit ethernet LAN, E-SATA, USB 3.0 and 2.0 and 7.1 channel audio jack. There’s also a BIOS reset button. 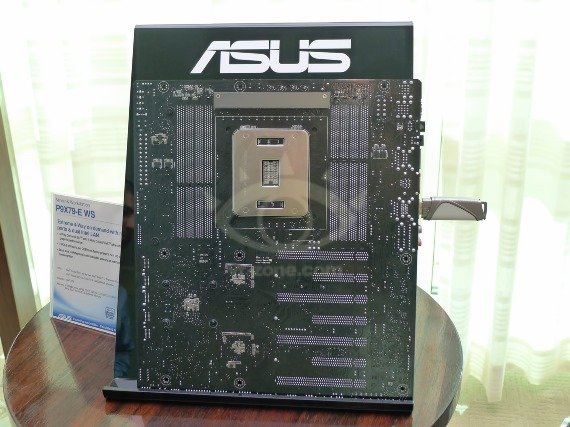 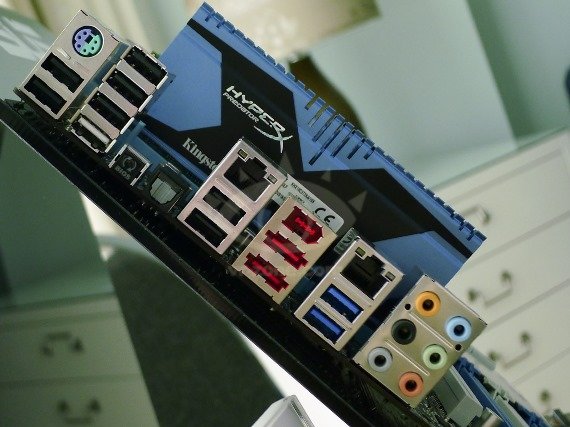 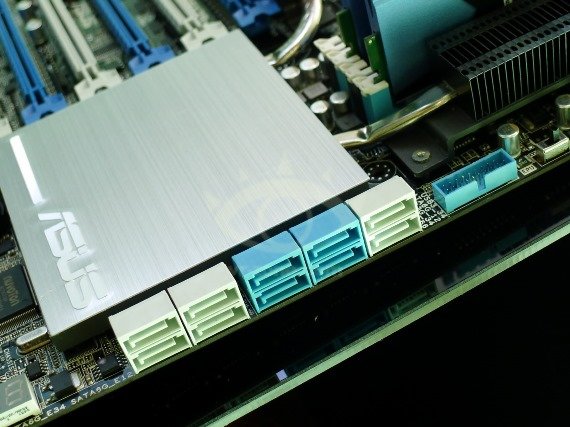