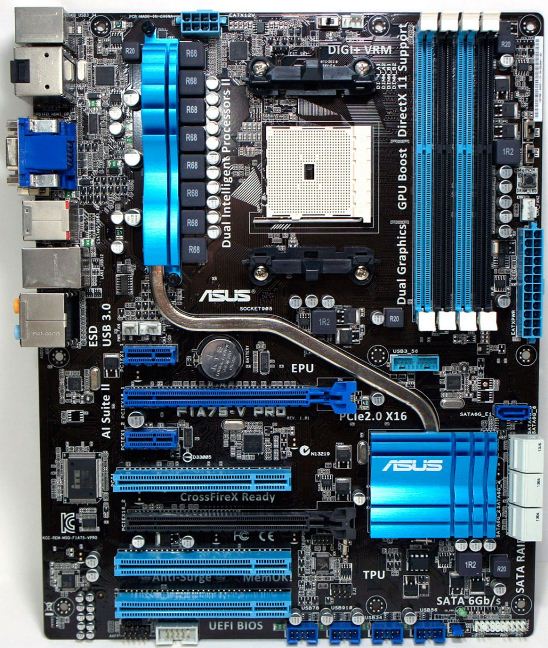 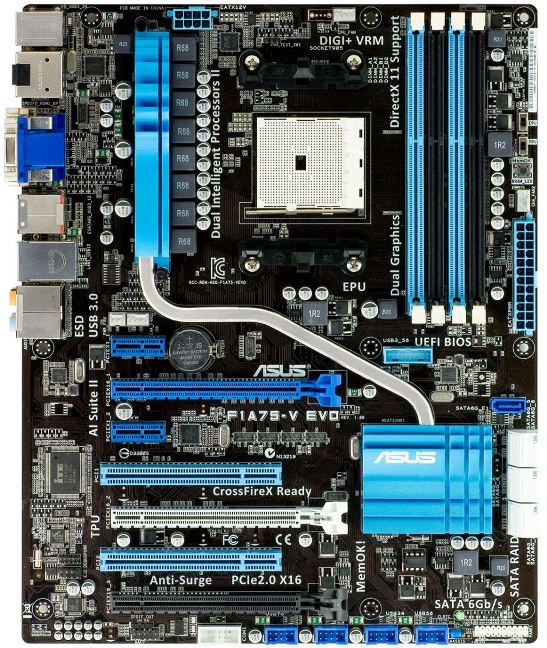 Both F1A75-V PRO and F1A75-V EVO have seven SATA ports, four headers for eight USB 2.0, one header for front USB 3.0 and a header for serial port. They both also have Asus EPU, TPU and MemOK button features. The back panel looks pretty much the same too, or rather IS 100% the same.

That’s all the information we have for these two Asus AMD A75 Llano motherboards. Full specifications and features, price and release date are not yet available.

I do not see the logic why Asus is making “look-alike” motherboards. One has fewer features and the other has more features and they both look and feel the same. The down side I know, which I have personally experienced, is during RMA or when you returned the motherboard for warranty and they send you back a downgrade version of your motherboard which they thought it’s the same motherboard that you sent because they “look alike”.

It happened to me just recently when I sent my Asus M4A758TD-M EVO Socket AM3 DDR3 for RMA, and when they returned the motherboard they send an Asus M4A785D-M PRO a Socket AM2+ and DDR2 motherboard and looks 90% similar to my board. GRRRR!!