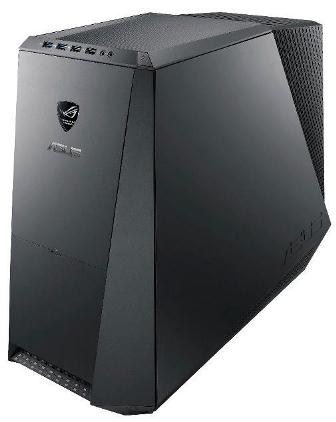 This gaming desktop is under the Republic of Gamers lineup, although the design kinda looks different and does not have its “black and red” ROG trademark. Instead it features a different design and concept. Although the ROG logo glows red when the unit is turned on.

You can’t see the inside because it does not have side panel windows but the design itself is a head turner. In the front panel, you will see 4 USB ports, audio connector, card reader, Blu-ray combo drive and a 3.5 inch SATA HDD hot swap bay.

For the Asus ROG CG8565 specifications, this gaming desktop is powered by Intel Core i7-2600k Sandy Bridge quad core processor. And it’s overclock at 4.20GHz out of the box. Higher overclock presets are also available at 4.40GHz and 4.60GHz.

If you are not an overclocker, then you do not have to worry because it’s all set for you. You just need to select the CPU speed that you need. 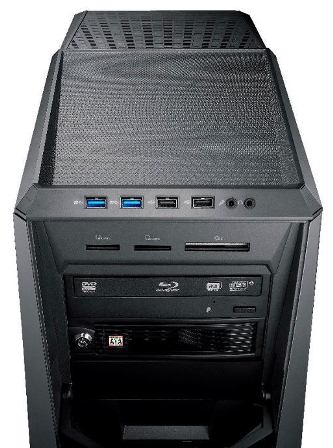 The motherboard will most probably be ROG Maximus IV (Extreme or the Z68) or similar level with DIGI+VRM. Memory installed is 16GB dual channel DDR3-1600MHz.

The storage solution for the Asus ROG CG8565 gaming desktop are handled by two 80GB SSD in RAID 0 array mode. And two 1TB hard drives which are configurable to non-RAID, RAID 0 or 1. The operating system and other program files will most probably be installed in the SSD and files will be placed in the 2x 1TB HDDs.

Based on the Asus ROG CG8565 specifications above, this gaming desktop is a system not to belittle with. This is one B.A.M.F. gaming desktop is you ask me. It has a stealthy design but deep inside, its a monster rig for Gamers and PC Enthusiasts alike.

If you are a PC enthusiast, consider a NDNU online masters degree computer science so you can work with your passion daily.

Last time I check, the Asus ROG CG8565 is not yet available on major online stores. But it’s expected to be priced at almost $3,000.