Asus revealed an unusual, off-beat, and unique type of motherboard at Computex 2012. Asus calls it the Asus ROG Zeus. This new type of ROG motherboard is a X79 concept motherboard, with socket LGA2011 and a dual-GPU graphics hardware built into the motherboard. I heard about a motherboard with built in memory, I think it was also from Asus, but this is another story. It’s not actually an “onboard” GPU, but the GPU chips are integrated or wired directly into the PCI-E 3.0 slots of the Asus ROG Zeus. 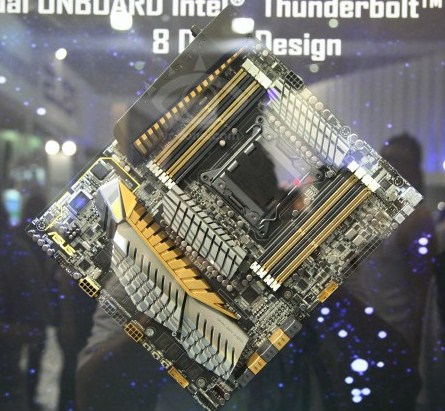 Asus placed the two GPUs directly wired where the two PCI-E 3.0 slots are normally placed. You can see that there is a large heatsink for the GPU. Although Asus did not disclosed much further details on the Asus ROG Zeus’ specifications, some of them can be observed by looking at the motherboard. I’ll layout them below for your convenience. 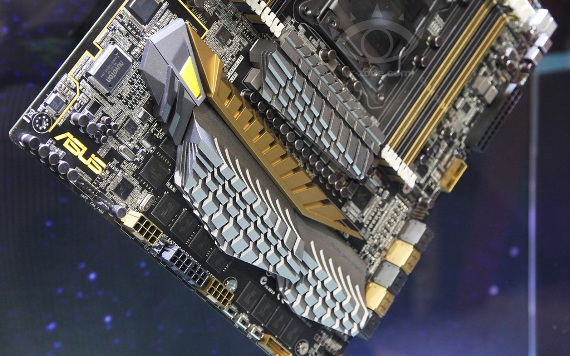 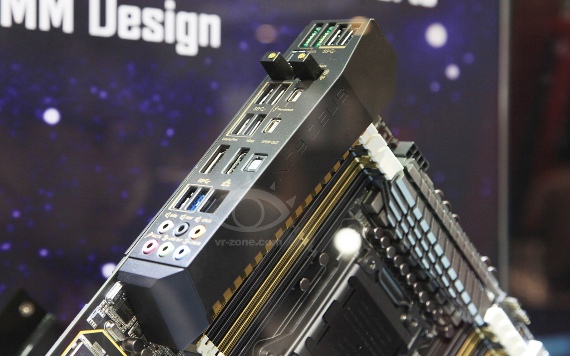 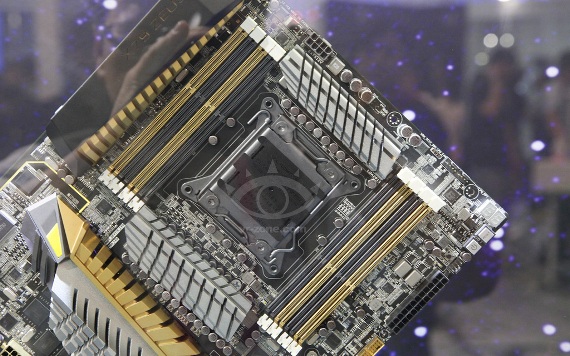