First, let’s take a look on the high end motherboards or flagship Z87 Asus motherboards. These are the Republic of Gamers (ROG) Maximus VI Extreme, Hero and GeneZ. Then we also have the The Ultimate Force (TUF) motherboard featuring a nice black thermal armor covering – the Asus Sabertooth Z87. 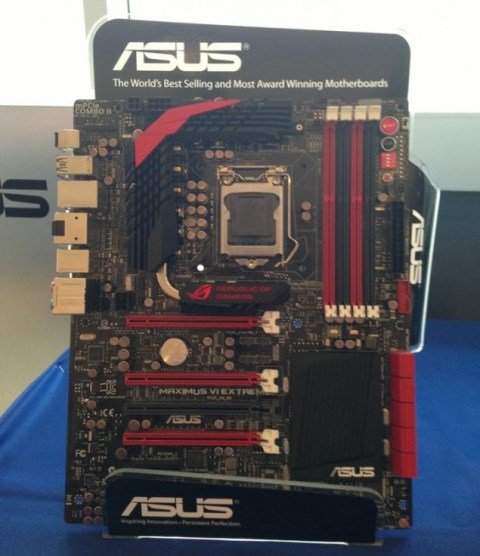 The Asus Maximus VI Extreme is one of the ROG Maximus Z87 lineup with socket LGA 1150 and designed to support Intel’s fourth generation Haswell processors. It has 4 DIMM slots and 10 SATA3 ports for multiple hard drive capabilities and RAID functions. It draws its power from an 8+4 pin power connectors and has mPCIe Combo II feature. It has five PCI-E 3.0, one PCI-E x4 and one mPCIe located near the I/O ports and 8+4 pin power connectors. 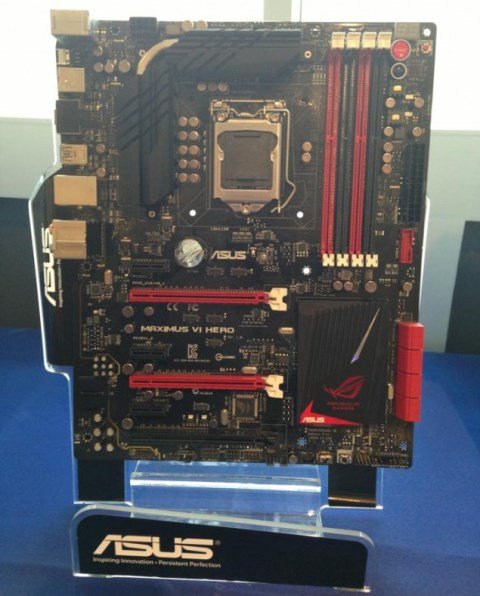 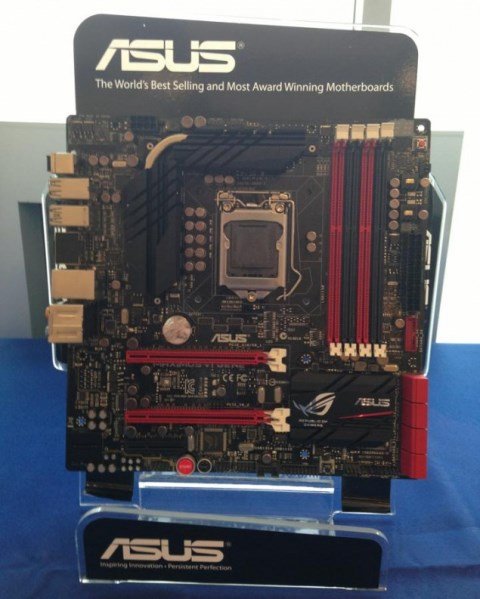 The Asus Maximus VI GeneZ is like an mATX version of the Hero. It also has 8 SATA3 ports, draws it’s power from an 8-pin power connector and has two PCI-E slots for dual graphics card mode. Like the Maximus VI Extreme and Hero, the GeneZ is also made for overclockers. 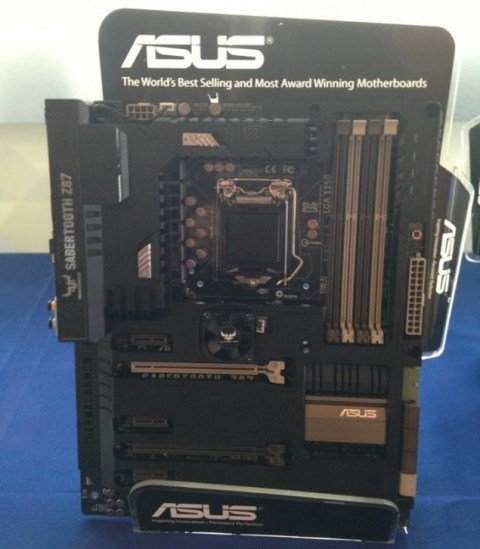 The Asus TUF Sabertooth Z87, like its TUF predecessors, features a clean looking Thermal Armor covering. It is powered via an 8-pin power connector, it has two PCI-E x16 for dual graphics card configuration, and has 6 SATA3 and 2 SATA2 ports. It looks like the Sabertooth Z87 is not as feature rich as the Maximus VI Extreme. Perhaps it’s somewhat similar to the Hero in terms of features and specs. 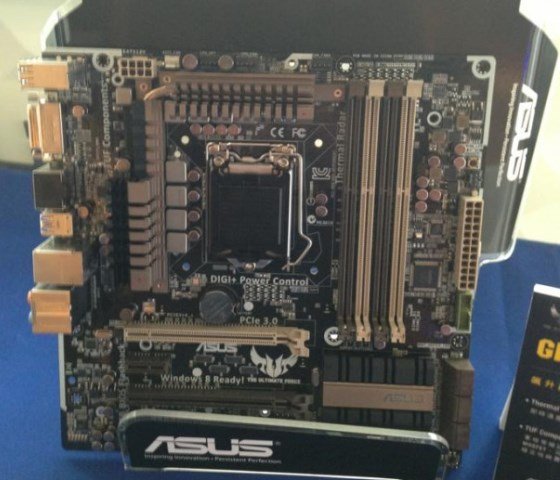 The Asus Z87 Gryphon is a new addition to the lineup. It belongs to the TUF series, but it doesn’t have a Thermal Armor covering. It’s like the GeneZ version (micro ATX) of the TUF. It does have the same color scheme with the Sabertooth Z87. It has two PCI-E x16 slots, 6 SATA3 ports and draws it’s power from an 8-pin power connector.

That’s it for the higher end lineup. Below are the “standard” or mainstream Z87 motherboard from Asus, starting with Deluxe Pro, down to Z87 Plus and Z87. As you can see from the pictures below, Asus has changed it color scheme. It doesn’t have the Blue color scheme anymore. Instead it features a Golden color scheme, which I personally think, does not look cool. It looks like they got the idea from ECS golden motherboards. 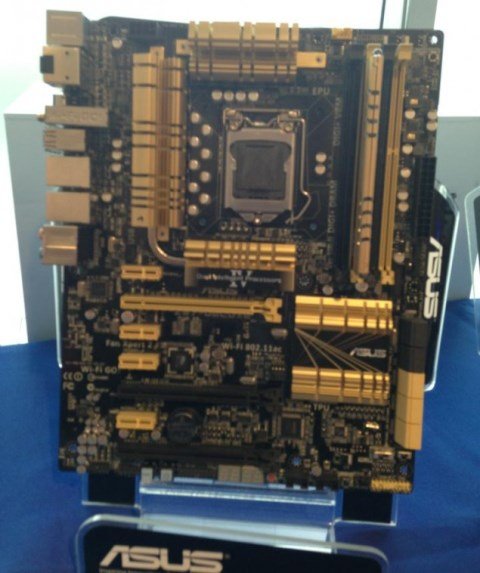 The Asus Z87 Deluxe Pro is the flagship among the mainstream lineup. It has three PCI-E X16 slots, and four PCI-E x4 slots. There are 6 SATA3 ports and 4 SATA2 ports, has WiFi 802.11 built-in feature and draws its power from an 8-pin power connector. 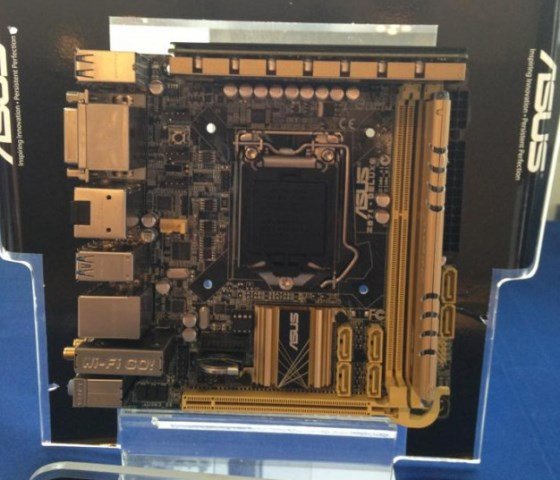 Asus has also made an ITX version of their Z87 Deluxe that also features WiFi Go!. I guess having a built-in WiFi feature is becoming a standard in mainstream and high end motherboards. 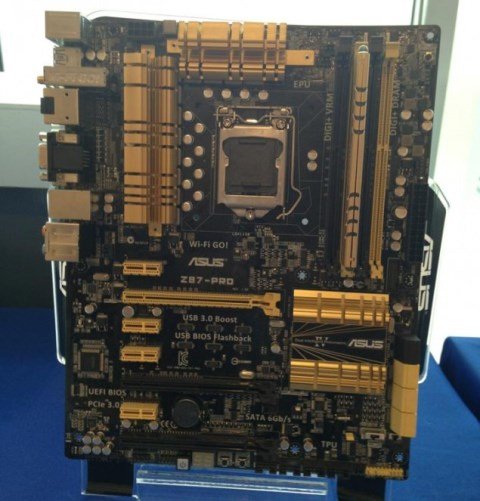 Next there’s the Asus Z87 Pro, a less feature rich compared to the Deluxe version, but this one has WiFi Go! feature as well. 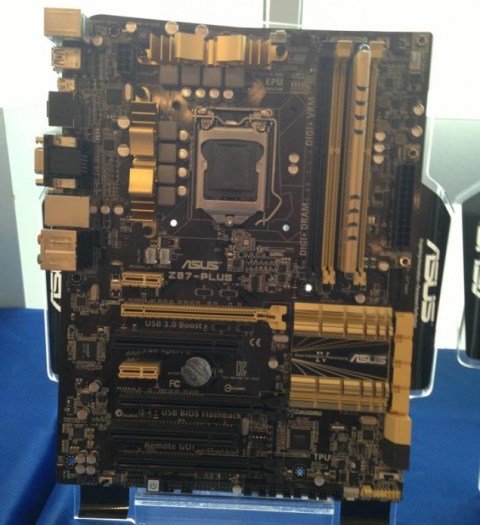 It looks like the Asus Z87-Plus and the standard Z87 motherboard below doesn’t have WiFi Go! feature. But it does have SATA3 ports, multiple PCI-E ports for multiple graphics card configurations. Most probably these two motherboards will be the cheapest among the new Z87 lineup, and will feature less compared to the motherboards above. 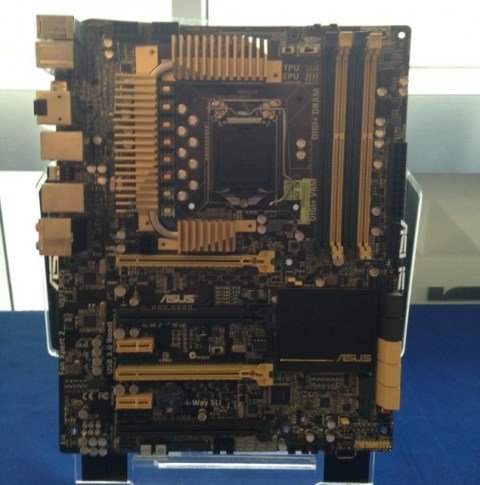 What do you think of the new Asus Z87 lineup? Will you be getting one of these when they became available? Which one? Oh, by the way, check out if your Power Supply is ready for Haswell processors. Check out the list of PSU compatible with Haswell. It’s not a complete list but at least you will have an idea.