As we all know, BlackBerry is coming back with their new lineup of smartphones that will run on BlackBerry 10 OS. These new phones will be different from the previous generations of BlackBerry phones and it is said to be a “game changer”, with the hopes of competing with the giants, Apple’s iPhone and Samsung’s Android phones. RIM is planning to unleash an arsenal of BlackBerry 10 smartphones this 2013, such as the L-Series, N-series and R-series. The L-series (composed of London, Laguna and Lisbon), is expected to be their flagship smartphones. Recently, specifications of these three BlackBerry 10 phones were leaked and posted by Rapid Berry on their blog. See them below. 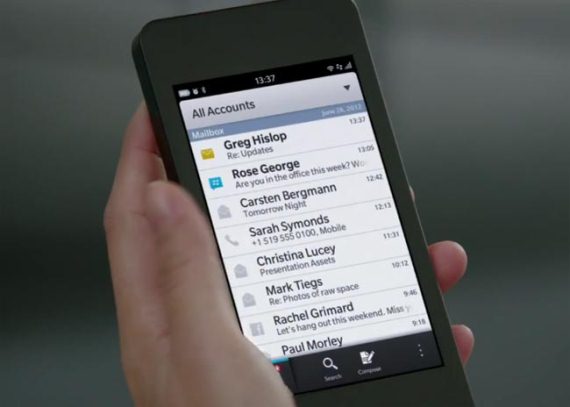 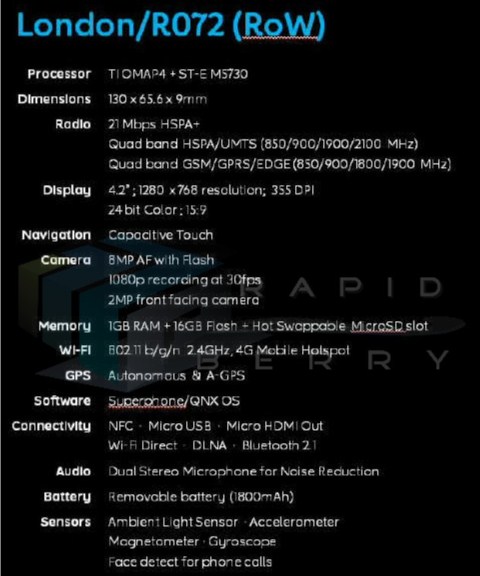 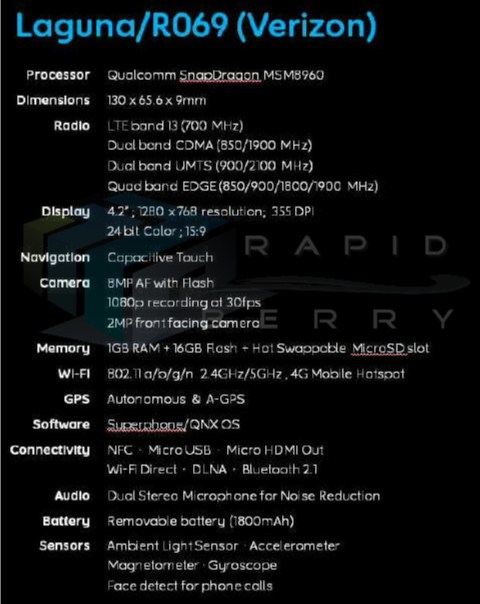 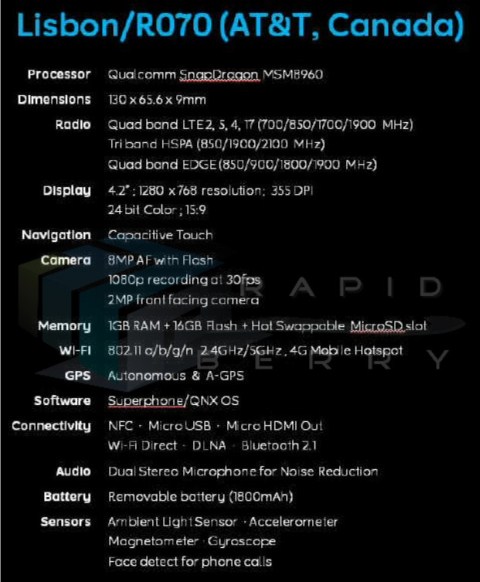 As you can see, the London, Laguna and Lisbon have similar specifications. Only the processor and the network are different. The Laguna/R069 is for Verizon, Lisbon/R070 is for AT&T Canada and London/R072 is RoW. Both the Laguna and Lisbon are powered by the same Qualcomm Snapdragon M5M8960 processor, while London is powered by TI OMAP 4 +ST-E M5730 processor. The Three of them also differ in network connectivity.