Bleach 526 is the next episode in Bleach manga series. The battle between the two Kenpachi, Unohana and Zaraki, just keeps getting intense. Unohana tries to force out Zaraki’s dormant powers by pushing him to his edge, at the same time healing him so that he won’t die. Will Unohana be successful in her mission to bring out Zaraki’s real power? Find out in Bleach chapter 526.

UPDATE3 Okay Bleach chapter 526 is now available. This chapter is entitled The Battle.

UPDATE2: Kubo got sick last week. According to reports they got influenza. I’m not sure if a chapter will be released this week or not. We’ll find it out shortly.
UPDATE: Bleach 526 release date is still unknown. It’s delayed for some reason. Perhaps it will be released later today or tomorrow. If not, well I guess it’s on a week break and will be released by next week. I’ll update this post once Bleach 526 is released. Stay tuned! 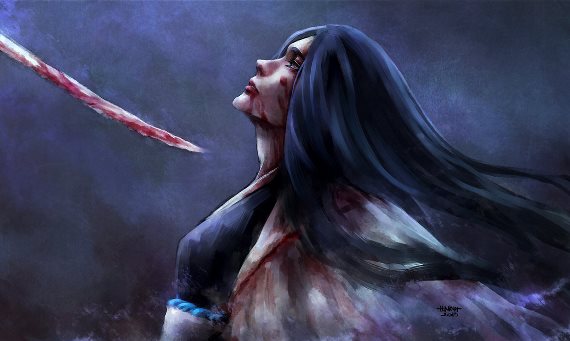 In Bleach chapter 526, I see two possible things that we will see. First, we might see the conclusion of Unohana and Zaraki’s fight. Second, the scene might be back at Ichigo and Renji trying to fight their way out against the Asauchi.

Obviously, there is only one outcome to Unohana and Zaraki’s fight. Zaraki will eventually unleash his hidden and dormant powers and finally learn the way of the sword. But Unohana may or may not die during this process of “unleashing” Zaraki’s hidden powers.

Don’t forget Ichigo and Renji, they are still in trouble. They have to face the Asauchi. I’m sure they will make it somehow, but as to how they are going to defeat and survive from the Asauchi, we’ll learn that on the succeeding chapters.

There’s one thing bugging me, who is this Soul King really? He doesn’t look like a “totally” good guy at all. Plus he looks like Aizen.

Bleach 526 spoiler would be posted in this section if ever a confirmed spoiler comes out.

I’ll update this post once Bleach 526 manga chapter is released.

2 Responses to Bleach 526: The Battle (Released)