Bleach 527 is the next chapter in Bleach manga series. The battle between Unohana and Kenpachi was intense, but I think it’s finally over. Zaraki regained his “fighting” skills because of his fight with Unohana. Now the battle has ended, did Unohana died? Let’s find out in Bleach chapter 527.

UPDATE: Bleach 527 manga chapters was recently released. This chapter is entitled “Eliminate From Heaven”. Zaraki can finally hear the voice of his Zanpakuto. And the name of his zanpakuto is… 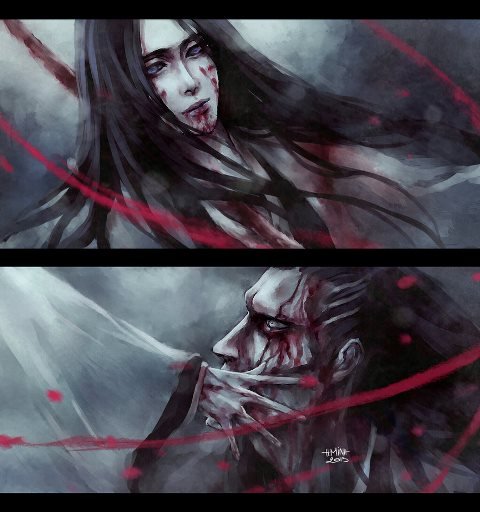 Wow! The battle between Unohana and Zaraki was superb! I just wish an anime version of this battle will be released, or probably a movie or something.

Regarding Unohana’s bankai – Minazuki, it’s the first time I saw it. But what does Unohana’s bankai really do? I didn’t see anything special about her bankai, except that her Zanpakuto is covered with blood and Zaraki’s flesh melted. Zaraki even defeated her even without a bankai.

Now that the battle is over, did Unohana really die after their battle? Well, I’m not really sure about that. But I hope not. Unfortunately, just like what she said, there could only be one Kenpachi per generation. But that doesn’t mean that she has to die, right? Zaraki just needs to defeat her to claim the title “Kenpachi”.

So what’s next? I’m sure this whole Unohana vs Kenpachi thing is over. So most probably in Bleach 527, we will be seeing Ichigo and Renji again. The last time we saw them was they were trying to fight their way out from the Asauchi. Can they escape? Let’s find out in the next chapter.