Zangetsu is Not Juha Bach After All: Bleach 541 Review

Bleach 541 was recently released. In this chapter we found out some interesting facts about who this Zangetsu-pretender really is and Ichigo’s twin source of power. This chapter answered most of our questions and finally we will see Ichigo’s real Zanpakuto, the real Zangetsu, in the following chapter. Meanwhile, please continue reading my Bleach 541 review below.

In the last chapter we learned that Zangestu is Juha Bach 1000 years ago. We thought that Zangestu he really is Juha Bach but he was not. Confusing right? That person or soul within Ichigo is not really the real Juha Bach, he is just a representation of Ichigo’s Quincy power. He looks like Juha Bach from 1000 years ago, since the source of the Quincy’s power is Juha after all. He’s just a “graphical representation” of that power. He even vanished without saying his real name or who he really was.

That Zangetsu-pretender didn’t want Ichigo to become a Shinigami because he wanted him to be a Quincy. That’s why the hollow within keeps on interfering. If Ichigo rejected the Shinigami side and embraced being a Quincy, I bet he would become a weaker character. Think about it, the Zangestu-pretender was holding back Ichigo all this years. He even suppressed his hollow powers, the real power of Zangestu. Despite all the efforts of his Quincy side, he is still that powerful.

Ichigo’s Quincy soul would kill Ichigo if he became a shinigami. But like what he said, he is not an enemy nor an ally. That’s why he decided to let Ichigo do what he wanted to do, being a Shinigami. He watched Ichigo fight and struggled all these years and eventually became a supporter. That’s why he changed his mind, Ichigo proved that he was wrong.

The hollow within him keeps coming out every time he is in grave danger because that’s who he really is. That’s his real power – a shinigami. Perhaps the young Zangestu (Tensa Zangestu) in hollowfied form was his real power (the time when Ichigo was able to use the final Getsu Tenshou). The only time I could think that his Quincy soul saved him is when Juha stabbed his neck and his Blut Vene was activated. 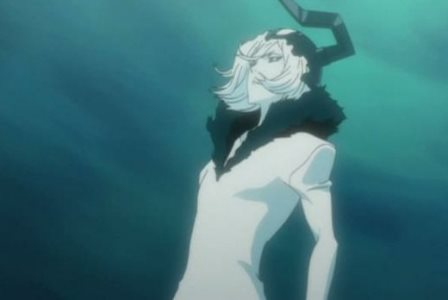 There is a saying that goes “Two tigers cannot live on the same mountain“, that is why his Quincy soul (the Zangestu-pretender) stepped back and give way to his shinigami or his hollow soul.

Now that Ichigo is a full pledge Shinigami and he has his real Zangestu, I’m sure he will more than twice as powerful as before. So his hollow or shinigami soul is named Zangestu after all. We don’t know how his new Zanpakuto will look like, but it is very bright and most probably color white.

I’m really looking forward to the next chapters of Bleach manga series. This is really getting interesting and exciting. Finally it made sense after all the fuss.