Can Video Games Addiction Cause Depression?

Video Games, PC games, online games and console games are very popular especially to children and teenagers. Most of them are even addicted to video games that they even play long number of hours in one day. Some doesn’t eat and sleep just to play. I mean they are like zombies, slave to the will of the game. Are video games good for your health?

UPDATE: Do you think that video games addiction cause depression? I found out recently that some games can help you react faster. 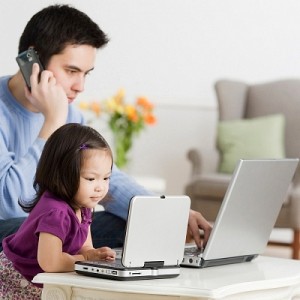 I for one, was once addicted to video games. I just eat when I’m very hungry and sleep when my body could not fight the exhaustion anymore from playing Star Ocean and Final Fantasy X. And my daughter right now, she wanted to play the online game version of Dora the Explorer, she got easily hooked with the game and every now and then she DEMANDS “Dora games”. Even millions of people are addicted to Facebook’s popular online game CityVille. And thousand of students, around the world are addicted to MMORPG (Massive Multiplayer Online Role Playing Games). Why? Because it’s fun and you get to interact with other players. Online games are like social network (Facebook, MySpace), not only you get to enjoy playing and slaying monsters but you also get to chat and interact with other people/players.

Technology is so fast, before we have to go home, turn on our TV or computer, plug our console or run the game in our PC, or go to an internet cafe to play online games, but now games are mobile! Like PSP, PSPGo, Nintedo DS and the upcoming Razer Swtichblade! No wonder that more and more people, especially children and teenagers will suffer from video games addiction.

Professor Douglas A. Gentile, an associate professor of psychology at Iowa State University in Ames, pointed out that, “A lot of video gaming isn’t the same as an addiction. Some kids can play a lot without having an effect on their lives. It’s when you see other areas of your child’s life suffer that it may be addiction. Parents might notice that a child doesn’t have the same friends any more, or that he’s just sitting in his room playing video games all the time. Or, there might be a drop in school performance,” he said.

“Getting highly involved with video games can become addicting, and parents need to be cautious about how many hours kids play,” said Dr. Richard Gallagher, director of the Parenting Institute at the New York University Child Study Center in New York City.

But Gallagher also emphasized that time spent playing is less important than the effect that gaming is having on your child. “If they’re attracted to games so much so that they don’t get involved in other things, or they talk about gaming and don’t talk about anything else, there may be a problem,” he said.

Both Gallagher and Gentile said the finding that video games can lead to poorer school performance is likely due to the time spent gaming. “Gaming is taking away time that could be spent on activities that have educational benefit,” Gentile said.

Gentile also recommends no more than two hours a day of “screen time,” in line with the American Academy of Pediatrics’ guidelines. And, screen time includes TV, computer, video games and even the newest music players and smart phones that have computer-like capabilities.
Source: Video Game ‘Addiction’ Tied to Depression, Anxiety in Kids

For me, Video games are like a double edge sword. Its either it can help you become better or it will destroy your life. Anything that is too much is dangerous to you and to your health. So if you play too much video games or online games then you’re probably wasting most of your time. Instead of playing online games, why not do make money online?

I searched for some people asking the same question in relation to this topic and found this in yahoo answer.
The TS asked: “Do you think playing computer games helps depression or does it cause obsessiveness?” “An ad on TV said computer games can relieve stress. Do you agree or do you think it may lead to other problems?”

This was the best answer. Although I disagree with the “They do not cause depression” part:
“Computer games can relieve stress for some people and cause stress for others.
They do not cause depression and do not cause obsessiveness, although they can become the target of obsessions. People who have depression will have it regardless of the games they play. People who are obsessive will have obsessions, if not a game, then something else.
Games can be either good or bad for a person, not because of any property intrinsic to the games, but because of what the player brings to the game.”

Bottom line is, if you are a parent, letting your kids play video game is not a bad idea specially if it’s an educational type of game, as long as your kids playing time are regulated and moderated.
Make sure that the games your children are playing are appropriate for their age and avoid violent games. As for teens, young adults and even some adults, you have a more and better control of your lives, you know what’s best for you. Like I said “Anything that is too much is dangerous”.

So what do you think? Are video games good for you or bad? Are you addicted to playing video games? Or addicted to watching Anime? (Well, that’s another topic)