Can you imagine a graphics card cooler that is designed from and inspired by a Shark? Then check out the Colorful Shark Bionic Cooler, Colorful’s latest graphics card cooling solution which the company plans to feature on their upcoming GTX 670 iGame Ares X graphics card. 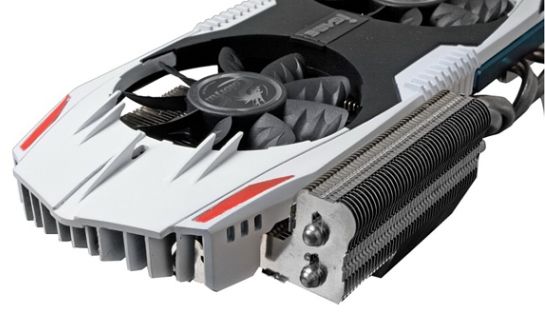 The Colorful Shark Bionic Cooler is made up of nickel-plated cooper GPU base, nine 8mm-thick heat pipes that transfers the heat from the base to its fins, and two 80mm fans to cool the fins.

There are three aluminum fins stacks in this cooler, one is directly above the GPU base, the second one is above the VRM area of the card and the third one is a small aluminum stack located at the side of the cooler (exposed). 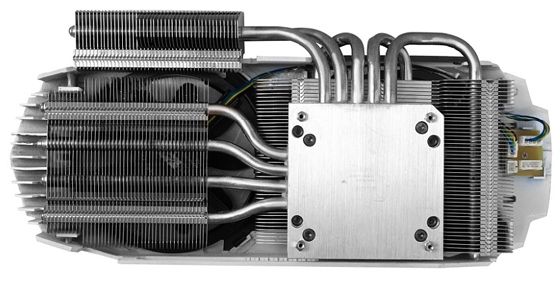 The Colorful Shark Bionic Cooler has a whitish color, somewhat similar to a color of a Shark, it has small shark-like “fins”, including the fan blades of the two 80mm fans.

So far, that’s the only details we got. Regarding it’s price, release date and detailed specifications, let’s just wait for the official release of this cooler.