Cooler Master has released one of its high end air-based CPU cooler, the TPC 812, that features Vapor Chamber for better heat dissipation. The Cooler Master TPC 812 cooler is ideal for PC Enthusiasts who are looking for an effective CPU cooler that is great for overclocking at the same time comes with a reasonable price. One of Cooler Master’s PR team has sent me a TPC 812 unit to check it out. 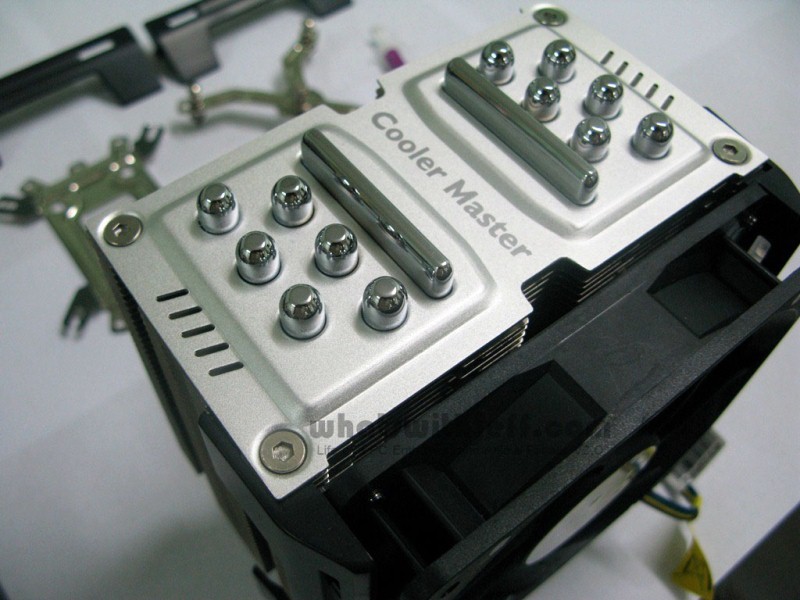 The Cooler Master TPC 812 is built with two separate cooling technologies combined into one big cooler, the typical heatpipes and the vertical vapor chambers. Cooler Master is claiming that their TPC 812 is the first CPU cooler to have this kind of technology integrated in a CPU cooler. Vapor chambers are usually used in laptops to transport the heat outside of the laptop.

It is built with 100% pure polished copper base with improve soldering technologies for best thermal transfer. The TPC 812 has a special fin design, improved air pressure design and easy to attach fan mounting system. It supports all Intel and AMD platforms including the latest sockets LGA2011 and FM1.

Packaging and the Cooler

Cooler Master has package its TPC 812 cooler in a manner that the heatsink, together with its accessories, is well secured inside its box. You can see in the picture above that the TPC 812 has a thick cushion to protect it. You can also see that a fan bracket (holder), backplate, screws, and thermal paste is included in the package.  A 120mm fan, with a speed of 600 – 2,400 RPM, is also included in the package. I’m not really excited about the fan included in the package, it looks like its just one of those standard fans that Cooler Master usually includes in their chassis or other CPU coolers. I prefer using a high performance fan from other brands for overclocking, or a high performance fan with LED, for rig shows.

What I’m really excited about this product is the heatsink itself. I like the TPC 812’s design and aesthetic. From the top angle you could see the Cooler Master Logo, the ends of the six heat pipes and also the ends of the vapor chamber (the elongated protruding metal besides the heatpipes). The small stripes also adds to its overall looks. At the side of the TPC 812, you could see the fan clip (bracket). I find this very useful and easy to install, unlike a fan holder (a small string of metal) used in other CPU coolers. At the back of the heatsink you could see the TPC 812’s fins unique design, designed to concentrate the cold air it receives from the fans to the fins.

At the bottom of the TPC 812, you could see the smooth, 100% polished, copper base soldered to the heatpipes using improved soldering technologies. Just look at those nice big heatpipes. Unfortunately, you could not see the vapor chamber from this angle. But you can see them below.

I have remove the fan to get a better look at the core of the TPC 812, the heatsink itself. There are two distinguishing look that will tell you that this is a Cooler Master TPC 812. First is the top of the heatsink. It has a unique “covering” design that would easily distinguish it from other CPU coolers. Second, if you look at the first picture, the one on the left, you could clearly see the vapor chamber, a feature unique only to the TPC 812.

Now let’s going to take a look at the performance of the Cooler Master TPC 812. Unfortunately, the unit that they sent me is just a mock unit, its for display purposes only. I was not given the authority to try and use the unit. So for this section, let’s take a look at the test results conducted by LegitReviews, TweakTown and Hardware Secrets. Click the image for larger view. 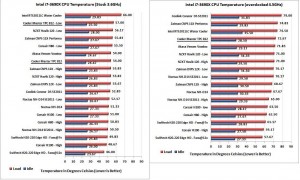 You can view Legitreview’s review of TPC 812 here. 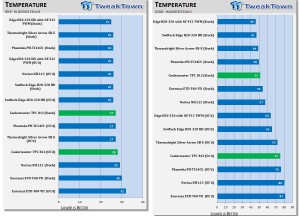 You can view Tweaktowns’s review of TPC 812 here. 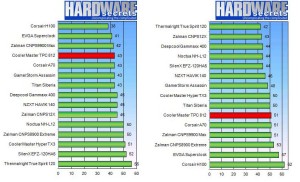 You can view Hardware Secrets’ review of TPC 812 here.

Each of the test results above yield a different output or results. This is only natural since the TPC 812 was tested on different settings, environment and the hardware used (CPU, Motherboard, Idle and OC settings used) when the reviewers performed the test. If I was able to test the TPC 812 on an Intel 2500K, I’m pretty sure it would also yield a different result. But there is just one thing in common in all of the results. The test shows that the temperatures are in acceptable values. It could even handle an Intel Core i7-3690X overclocked at 4.5GHz. I’m pretty sure the Cooler Master TPC 812 could even perform better in a push-pull setting using a high performance 120mm fan and a high performance thermal compound. Further, as of July 12, 2012, the TPC 812 is Top 4 on Frostytech’s ranking.

The Cooler Master TPC 812 is a large cooler, and most of the large CPU coolers out there cost more than its price. The Vapor chamber is not new, and it may sound like a gimmick, but the vapor chamber may have also help the TPC 812 produce better results compared to other CPU coolers.

To be honest, there are hundreds of CPU coolers out there. Some of them are cheaper compared to the TPC 812, but performed less. While some of them performed better than the TPC 812 but are more expensive (Corsair H80 and Corsair H1000). But the TPC 812 sits somewhere in between, great performance for its price. I would recommend this cooler for setups with CPUs like Intel’s Ivy Bridge processors or an AMD Quad to Eight core processors (AMD FX-8150 BE), in stock to high overclocking settings. But I would not recommend the TPC 812 for extreme overclocking setups.

What I like about the CM TPC 812 CPU cooler:

Pricing and Where to Buy

Currently, the Cooler Master TPC 812 is priced at only $62 in online stores, and that includes free shipping. The TPC 812 is available on Amazon here.