Davao Cyber Expo 2011 was a Success! You Should have seen it!

The Davao Cyber Expo 2011 was concluded last July 31, 2011. Alodia Gosiengfiao herself was there to award the winners!

Finally, DCE 2011 or Davao Cyber Expo 2011 has ended with a bang! It’s another success for DCE and e2-events. I know it’s a three day event but it felt like just 1 day. So many things happened during the event. Let me fill you in with some things that you might have might missed out. 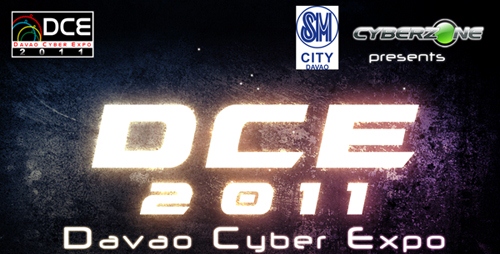 On the first day of DCE 2011, all the rig (high end computers) in all its glory was already displayed. In fact, guys from DCWired and other participants have already set up their computers the night before the event.

During the first two days of the event, SM City Davao’s event center became the battle ground for the elimination games such as DOTA and other featured games as well; NBA2K11, Intel’s Street Fighter challenge and more.

Cosplay event also started. Some cosplayers were already there to show their costumes and participate in DCE 2011. And on the third day, Davao Cosplayers showed Alodia Gosiengfiao that Davao City is not left behind in Cosplaying. Their costumes were great! There were so many people that it was difficult to move around.

LAN Party Extreme was a success too. Participants get to know other PC enthusiast. Not only they get to meet and be friends with local PC enthusiast but they also met some guys from Rig Noobies.

On the last day, the cosplay queen herself, Alodia Gosiengfiao was there in her Suzumiya Haruhi Costume. She was one of the judge for the Cosplay event and she also was there during the awarding ceremonies. 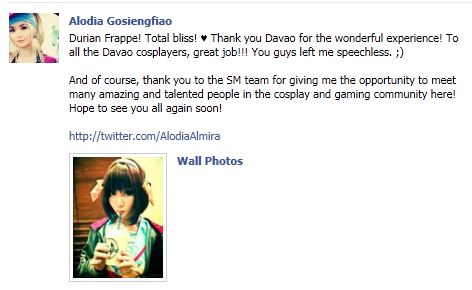 By nature, I really like computers. I have a passion for it. But I became a PC enthusiast many years ago when I first saw DCE. And during that time it was Davao Cyber Expo 2008. Events like this really inspires people and you will learn a lot too.

Just see some more pictures from the event below.

Visit e2-events or DavaoCyberExpo.com for more pictures and details of the said event.

Congratulations to all the winners of Davao Cyber Expo 2011!