People, beware of fake Intel Processors! Nowadays, many electronic devices are being imitated or faked to take advantage of unsuspecting consumers. Recently a scammer has successfully pull off a fake Intel Core i7-990X processor. The processor itself looks like it’s an Intel Core i7-990X designed for Socket LGA 1366, but actually it’s a worthless Pentium processor for socket LGA 775. 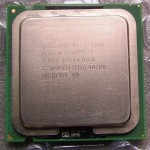 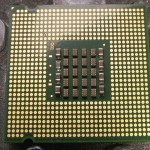 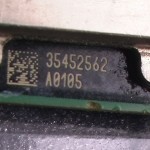 This might be new to you but a small percentage of Processors in the market are actually fake! That’s right, CPU such as Intel Processors and AMD Processors are also being faked.

What’s the difference between a fake processor from a real one?

Both the fake Intel Processor/AMD processor are functioning, that’s why some people are not aware that they are already using a fake one because it is running.

A fake processor usually looks like a higher end version of a particular processor but underneath it’s copper plating, it’s an older chip, like in this case it’s an Intel Pentium Chip for Socket LGA775 but packaged in an Intel Core i7-990X for Socket LGA 1366. It’s the wrong size and socket type.

Because of this scheme, scammers can actually take advantage of unsuspecting buyers and consumers who are not knowledgeable about processors, specially fake intel processors.

That is also the reason why Intel Processors and AMD Processors’ packaging have window in their boxes, so that consumers could look at the serial numbers, markings or hologram without even opening the box.

How to avoid fake Intel processors (AMD Processors) and being scammed?

1. You should be knowledgeable enough of what you are going to buy.

2. If you are going to buy a processor, make sure you know the details, specifications and socket types. Make sure to you check the packaging carefully and after you have installed it in your computer, check it again using software like CPU-Z to validate the processor’s chip.

3. Be knowledgeable of the different type of processors and it’s generation. For example, LGA 775 is an obsolete socket type and there is no Intel Core-i processor for socket LGA 775. So if you’re motherboard is still socket LGA 775 and a sales person is going to sell you an Intel Core i3/i5/i7 processor telling you that it is compatible with your motherboard then be on alert! Most probably the clerk also doesn’t know what he/she is selling or that person is trying to scam you.

Same with AMD processors, they too have difference socket types (sizes) and different generations.

4. Make sure to buy from well known establishments/distributors or individual sellers who offer warranty (at least 1 year warranty).

5. Again, be sure to know what you are buying, ask, do some research, check the specifications and prices carefully. Be a wise buyer.