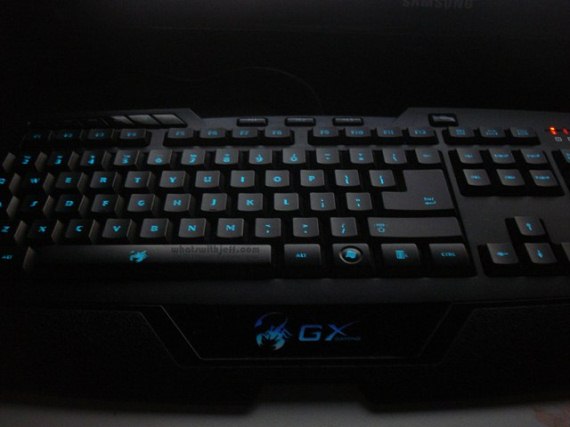 Just like any full pledge gaming keyboard, the Genius Imperator Pro is built with rich features such as:

When I first got a good look on the Imperator Pro, I noticed that the design is somewhat familiar. It looks similar to another gaming keyboard. I tried to recall and search it and just found it. Guess where did I first saw this kind of design…? 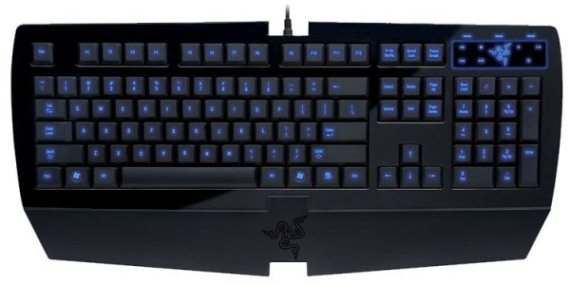 From the Razer Lycosa Gaming Keyboard. I’m not saying that they are the same, the design is just similar specially the shape of the keyboard that was slightly modified. But after comparing both keyboards, the Genius Imperator Pro actually offers more features than Razer’s Lycosa. Anyway, moving on, below are the actual pictures of the Imperator Pro.

The Imperator Pro has a nice packaging. Just looking at the box would tell you what this gaming keyboard can do. You can also see the two USB ports located at the back of the keyboard. Because this keyboard has two USB ports, it needs to draw additional power from the motherboard, thus there are two gold plated USB plugs at the end of the sleeved cable. It has a thick USB plugs which is somewhat annoying as it tends to interfere with the other USB plugs because of its thickness.

The keys are soft touch, you if you like keyboards with a soft feeling when you press a key, you would find this one to your liking. However if you are not fond of soft keys, you might want to get a mechanical gaming keyboard instead, with the appropriate actuation force.

One thing I like about the Imperator Pro is that it is built with all the gaming tools, like Macro keys, profiles, media keys, etc., plus it has a built in palm rest. Although it would have been nice if the palm rest was rubberized.

Via the Imperator Pro’s application software, you can easily assign buttons to the macro keys. You can managed macro, set up to three different profiles and can change profile on-the-fly even in gaming mode. You can also change the color of the backlight via the application software, as well as set a pulsation effect. Brightness of the backlight can be adjusted via the software or via the dedicated brightness button located at the top of the F12 and Print Screen key.

I got to admit it, the Genius Imperator Pro is built with a lot of features that would provide you the right weapon specially if you are into MMO or RTS gaming. There are a lot of gaming keyboards out there, but I think the one advantage of the Imperator Pro, aside from the features it has to offer, is its price. It offers a competitive pricing compared to other gaming keyboard that offers similar functions, or sometimes lesser features, than the Imperator Pro.

Although, I did not like the idea that the design is somewhat similar to Razer Lycosa. I’m not saying that Genius copied it or it was patterned after it, but in my opinion their design has similarities. Genius could have made something unique that when people see this keyboard, they will say “Ah it’s the Genius Imperator Pro!”.

There is also the much cheaper version, the Genius Imperator. It looks the same, but with some minor features removed, like backlights, USB port. You can get the GX-Gaming Imperator at $46.36 only here.

GX Gaming Genius Imperator Pro is available in computer stores both online and offline. It has an SRP of Php 3,600 in the Philippines.

Summary: The Genius Imperator Pro gaming keyboard is definitely built for MMO (RPG) and RTS gamers out there who are looking for an alternative solution at a much affordable price range.