Finally, one of the most anticipated tablet, the Google Nexus 7 has been revealed at the Google I/O conference just recently. This new 7-inch tablet features the latest Android OS, 4.1 Jelly Bean and is priced at only $199 for the 8GB variant, and $249 for the 16GB. The Nexus 7 was built by ASUS, just like the rumors said. 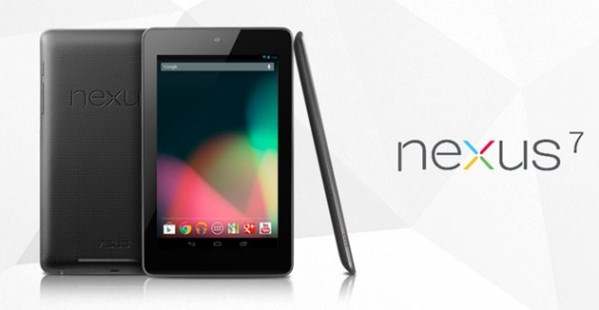 Recommended articles: How to unlock and root Google Nexus 7 Tablet

Even though the Google Nexus 7 has an affordable price, this tablet is powered by an NVIDIA Tegra 3 quad core processor, with 12 core GPU. It has a 1.2 megapixel front facing camera, Near Field Communication (NFC) capability and has a nice 7-inch IPS display at 1280×800 pixel resolution. Unfortunately there is no microSD slot for external storage. So you might want to get the 16GB version.

The Google Nexus 7 weighs 340 grams and fits perfectly in one hand. It also has Bluetooth and WiFi connectivity and is capable of 9 hours of video playback. The Nexus 7 is said to be “built for Google Play” according to Google.

The Google Nexus 7 is now available for order at Google Play for US, Canada, UK and Australia. And will be shipped sometime in July.