UPDATE: The newly released GeForce GTX Titan might be placed on the second place or on par with the GTX 690. Just waiting for real-life benchmarks to confirm it’s place. 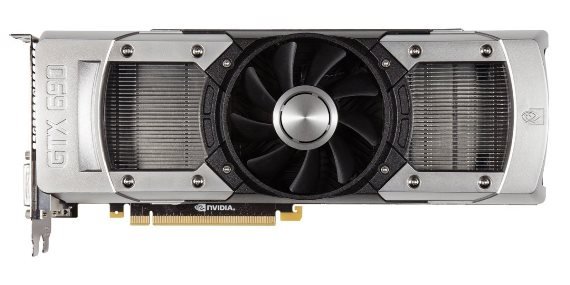 The graphics card hierarchy below is true and updated as of January-February 2013. Some may look at it as a “graphics card ranking” or a “video card rankings“. But they are basically the same. The models in the chart are based on the manufacturer’s default specifications. Meaning the cards indicated below are not the “super clock version” or overclocked version. They are reference cards.

The chart below is also based on the video card’s performance. Meaning the first card mentioned in the column is the fastest card to date. They are not based on prices. You might find a video card below positioned at a lower level but are priced higher.

How can the graphics card hierarchy help you, or how can it help you decide better? Since there are tons of graphics card out there in the market, with different customizations or factory settings, the chart below will show you what card performs better. It does not follow that a newer graphics card or the latest generation video card performs better than the later. Sometimes (but not always) getting the previous generation card is a better option, perhaps because they have price/performance ratio. Check out their rankings below.

By the way, I did not include the very out dated graphics card. The chart starts (below) with the GeForce 8800 series card and HD 2000/3000 series.

When to Upgrade or Buy a New Video Card?

People have different answers and opinions about this question. Basically, if you have the money, then it’s not really a problem. You can get any card that you want. But this is not the case for most of us. I always do a lot of research first on a particular graphics card before buying one. So here is my answer or opinion about when should you upgrade or buy a new graphics card.

When upgrading from one graphics card to another, I would suggest you get the card that is at least two levels higher than your current graphics card. For example, you currently own a Geforce GTX 260 and you want to upgrade. You can go for a GTX 560/650 Ti or a Radeon HD 5850 and above. Otherwise, when you upgrade to a card with just 1 level higher, you won’t probably see or feel any difference at all.

This is the same with buying a parallel card. For example you currently own a GTX 650 Ti and you want to “upgrade” to an HD 5850. That’s not “upgrading” at all, because you just bought a card with a similar or very close performance to your previous card. Literally you didn’t upgrade. You just switched from one company to another. Unless you have a special reason of doing this.

Another tip is buy a new graphics card when it’s really time to get a new one. If your card dies or you can’t play the latest games anymore, or gives you a lower frame rate, then you definitely need to get a new and higher one.

Just remember, in buying a graphics card, these are the two major things you need to consider -> price and performance.

Well there you have it guys, hope you like this article and hope it helped you somehow in your decision making. If you have something to say or want to leave a constructive comment, just hit the comment section below. ^_^

Please don’t forget to share this article to your friends or network.