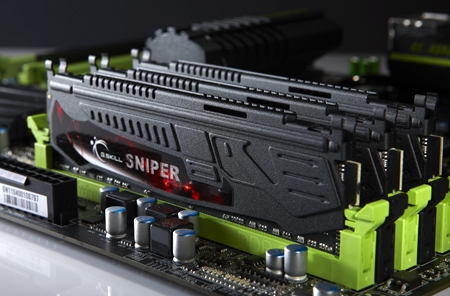 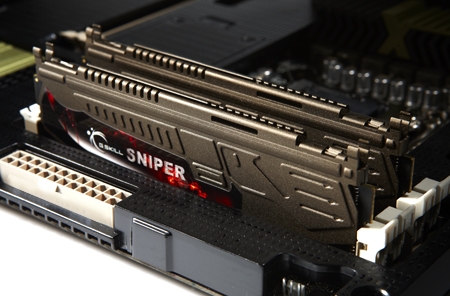 If you have noticed from the above pictures, the heat spreaders are uniquely designed to look like Armalite guns.

Not only that it has a new sexy looking concept, the new Sniper series is also designed in ultra low voltage. This new memory kits can save up to 10% of electric power while maintaining a smooth usage of the system without any overheat problems.

Why are PC hardware manufacturers are bringing weapon design into PC parts and hardware. The first one I could remember was the Gigabyte G1-Killer series, in which the heat sink for the NB/SB looks like an Armalite magazine. And now G.Skill’s new Sniper memory series. What’s next? a CPU cooler or graphics card that looks like a bomb or missile? Hehe ^_^