Have you ever dreamed of being a mayor in your city? Or better yet build your own city? Then try the fastest growing game in Zynga’s history, CityVille. This awesome game has attracted hundreds of thousands of online player on its launch day. And perhaps millions of people are already in the CityVille craze.

A little background of CityVille for those who have not yet played it. “CityVille is a browser based casual social city-building simulation game developed by Zynga as an application for the social-networking website Facebook. It was announced on November 18, 2010, but the launch date was delayed to December to allow Zynga to make adjustments to the game.” –wiki This simulation game allow Facebook users to build their own virtual city and be the mayor of the city and decide its fate. 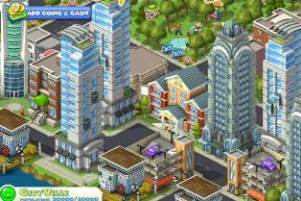 CityVille is a very interactive game as you will be communicating and will be needing your Facebook friends to aide you in building a Metropolis.

I too am a victim of this craze. The last city simulation game I played was Sim City 2000 and it was way back late 1990’s. And I haven’t played any city simulation game again (cause I was into RPG and FPS), until recently when I discovered CityVille and got hook up. CityVille is quite an addicting game. I even learned that some of my friends (who are my neighbors in CityVille), went to bed late or even sometimes play ’til dawn. That’s how addictive this game is. 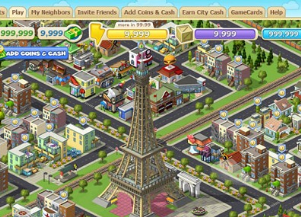 Oh by the way, if you are looking for CityVille guides, walk through or cheats then you definitely need to get the best CityVille guide out there. There are tons of secrets in CityVille that you most probably don’t know yet or you might have missed out. I recommend you get the CityVille Secrets guide.

With this guide you will learn many secrets such as:

Stop buying or wasting money on your CityVille, specially your cash. Check out the CityVille Secrets first before you realize you spend lots of money in CityVille.