The Nokia X, together with its brothers the X+ and XL, are the first Android based smartphones from Nokia. They are not your high end smartphones, rather they just site somewhere in the below middle. Nokia introduced the Nokia X with a different UI and doesn’t have Google Apps installed (like Google Play) despite that it is running on Android 4.1.2 Jelly Bean. Android 4.1.2 is quite an old version as well, considering that there have been 6 updates already. But just like any Android device, the Nokia X too can be rooted and after rooting the Nokia X, you can install Google Apps like the Google Play and use it just like any other Android device. If you own a Nokia X, below is a guide on how you can root Nokia X. 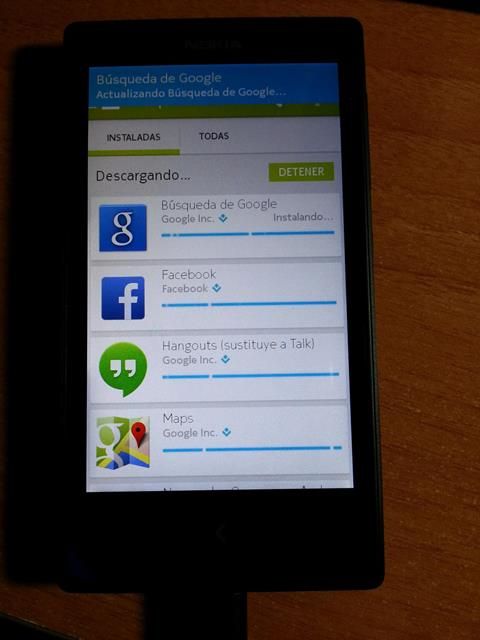 An XDA Forum member that goes by the name Kashamalaga was able to root the Nokia X and installed the default Android launcher. Check out his video below.

He was able to root the device using Gandalf to obtain root access. After that it was easy to install standard Google apps into the Nokia X like Google Play Store, Maps, Now, Launcher and etc. Below is his step by step instruction on how he rooted the Nokia X using Gandalf and installed Google Apps after.

How to Root Nokia X and Install Google Apps

WARNING: Rooting is dangerous and could damage or brick you phone. Proceed at your own risk!

1. To root the Nokia X, use the Gandalf Exploit which is included in Framaroot app. You can download it here.

2. From there simply follow the instructions. After rooting the Nokia X, you need to install a Root Explorer app, like the one that can be downloaded here.

3. Download the Nokia X Gapps pack here and extract and copy all apks to /system/app and change the permissions for the files.

5. After rebooting, you need to download the NokiaX_SomeGoogleApps.zip here if you want to use Google Now Launcher. Just extract the downloaded file and install the apk, just like your installing a normal application.

6. After you have successfully done the steps above, try to launch the Google Play Store. It will ask for a Google Account and that’s it!

If you want to know more information visit Kashamalaga’s thread via the source link below.