A few months ago Hewlett Packard ventured into tablet and smartphone devices using Palm’s webOS which they acquired last 2010. HP even made a contract with Manny Pacquiao to promote HP Veer and HP TouchPad. You can see the ad by clicking the links. 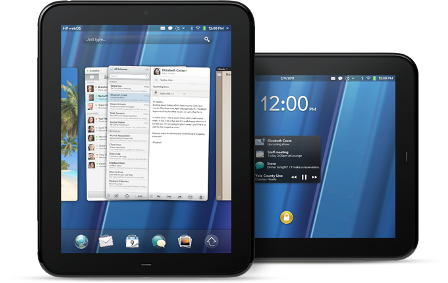 Unfortunately, just recently HP announced that they will no longer continue all webOS devices and they would immediately stop operations. The webOS devices includes HP touchPad, HP Veer and HP Pre, all of them suddenly hit End-Of-Line.

Here’s what HP had to say from their official press release:

HP today commented on the recent announcement by Autonomy Corporation plc (LSE: AU.L). HP confirms that it is in discussions with Autonomy regarding a possible offer for the company.

HP also reported that it plans to announce that its board of directors has authorized the exploration of strategic alternatives for its Personal Systems Group (PSG). HP will consider a broad range of options that may include, among others, a full or partial separation of PSG from HP through a spin-off or other transaction.

In addition, HP reported that it plans to announce that it will discontinue operations for webOS devices, specifically the TouchPad and webOS phones. HP will continue to explore options to optimize the value of webOS software going forward.

HP today announced preliminary results for the third fiscal quarter 2011, with revenue of $31.2 billion compared with $30.7 billion one year ago.

For the fourth fiscal quarter of 2011, HP estimates revenue of approximately $32.1 billion to $32.5 billion, GAAP diluted EPS in the range of $0.44 to $0.55, and non-GAAP diluted EPS in the range of $1.12 to $1.16. Non-GAAP diluted EPS guidance excludes after-tax costs of approximately $0.61 to $0.68 per share, related primarily to restructuring and shutdown costs associated with webOS devices, the amortization and impairment of purchased intangibles, restructuring charges and acquisition-related charges.

via
It was just last year when HP purchased Palm and early of this year they announced the webOS devices. They have invested millions of dollars for these gadgets already. And now suddenly HP decided to discontinue all of them. 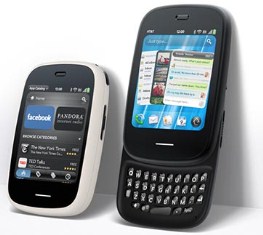 Unfortunately, some countries will not get a chance to try and experience HP’s webOS devices anymore. Most probably, HP was not able to compete with other leading tablets and smartphones like the Apple’s iPad and Samsung’s Galaxy line up. Not even Pacquiao’s ads were enough to boost the sales.

Well, so much for a product. Without people buying webOS, HP might as well discontinue it and look for other ventures.