Bleach 542 was recently released. This chapter is entitled “The Blade is Me“. In this chapter Ichigo’s real Zanpakuto was finally revealed. And contraty to what we are expecting, Ichigo now has two Zanpakuto, or two Zangestu, representing the two source of his power, Hollow and Quincy. Please continue reading my review of this chapter. 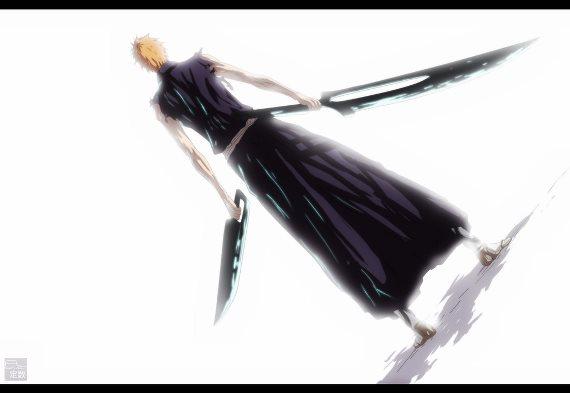 Ichigo is now a dual wielder just like Ukitake, Kyoraku and Hisagi. Ichigo’s real Zanpakuto or the real Zangestu is a dual blade sword, just like Sōgyo no Kotowari, Katen Kyōkotsu or Kazeshini.

I was expecting that his real Zangestu would be White. But it’s not color white. His dual Zangestu represents both the Quincy and Shinigami powers within him. Tite Kubo could have made the one representing his Quincy powers White and the other one Black, just like Ebony and Ivory.

Probably the bigger one, the one on his right arm is the Shinigami Zangestu, while the smaller one on his left is the Quincy Zangestu. Ichigo considered both of the Hollow and Quincy within him “Zangestu”, thus it is only referring to one, but from different origins.

But one thing I noticed after Ichigo pulled out and dried his dual Zanpakuto is that it looks similar to Cloud’s Buster Sword, well not really exactly. The smaller one has a similar design. I’m just wondering if Ichigo could also merge both the sword just like the Buster sword. I’m sure that was the Shikai form, but I want to see Ichigo’s new bankai form. Probably his new bankai form is the combination of both his Quincy and Hollow powers, or both of his dual Zangestu. 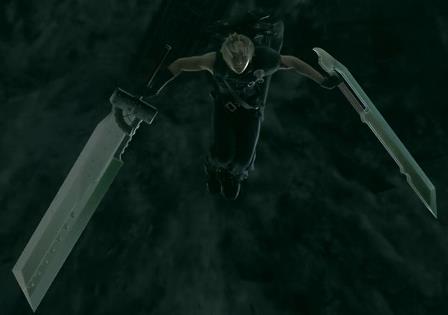 I’m really looking forward how will Ichigo yield his dual Zanpakuto, specially the bankai form. He has been a single sword wielder all these years, and suddenly he will be using both swords at the same time. This means Ichigo needs to practice in order to master the real Zangestu.

Meanwhile, somewhere in Hueco Mundo, Juha Bach has already gathered his army of Sternritters. I don’t know what Juha did to Uryu but I guess that will be revealed to us later. I’m also curious what will be Juha’s information. Anyway, let’s find it out in the next chapter.