The coming of Intel’s 5th generation processors, codenamed “Haswell” is imminent. Haswell processors are said to support LGA socket 1150 and promises better performance compared to the current Ivy Bridge processors. Just recently, an engineering sample of a Haswell processor was benchmarked and compared with the popular Intel Core i7-3770K at similar clock speed. See the results below. 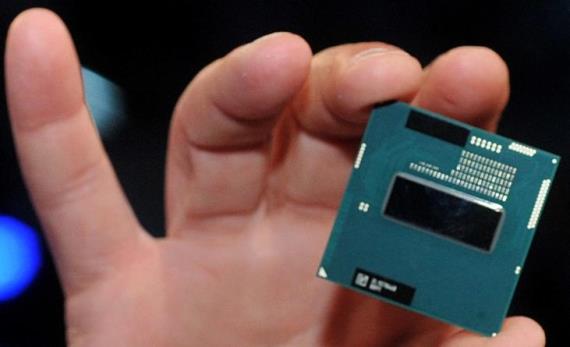 A Russian website (OCLac.Ru) recently published an alleged benchmark result of an Intel Haswell vs an Intel Ivy Bridge processor i7-3770K at the same clock speeds. Both the Haswell processor and the i7-3770K were tested and compared using SuperPi 1M, PiFast and wPrime 32M and 1024M.

The tests were conducted using an unknown motherboard and was running on Windows 7 64-bit operating system. Below are the results of the said benchmarks posted by OClab.ru 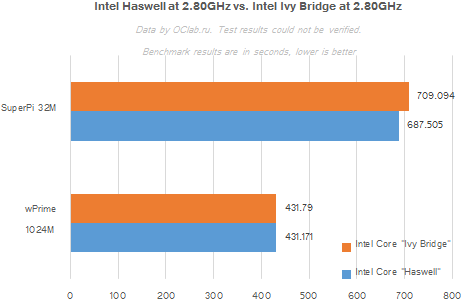 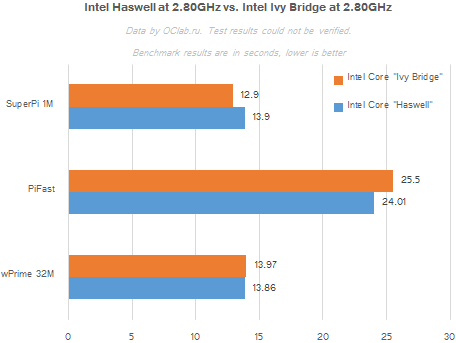 According to the images above, at the clock speed of 2.80GHz, the Intel Haswell performed (slightly) better than the Ivy Bridge processor. However, it was a close fight. Haswell didn’t win over Ivy Bridge significantly. The graph also tells us that there is only a slight difference between the tested Haswell processor and the Intel Core i7-3770K.

However, we don’t know what type of Haswell processor was tested against the i7-3770K. It might be of the same level or category CPU or not. These benchmarks are also not official and confirmed. In the end, let’s just wait for the Haswell processors to be unveiled and wait for more accurate and detailed benchmarks.