Today let’s take a look at the upcoming Intel’s latest addition to their high end motherboards, the successor of LGA 1366 X58 Chipset based mobo, the LGA2011 X68 Express Chipset.

It looks like Intel merged the northbridge component completely into the CPU package. A 32-lane PCI-Express controller is housed inside the CPU package of the LGA2011 X68 type motherboard.

X68 is has a PCH (platform controller hub) southbridge. It also has a smaller PCI-E hub that will be handling various connectivity devices such as, a storage controller, a LPCIO controller, USB and HDA controllers, and the DMI link to the processor.

Take a look at the picture below. You might be wondering why the photos are dimmed and only a few portion of the motherboard are shown. This is still an unannounced MSI motherboard and it yet to be revealed. 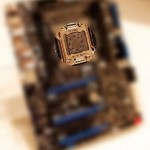 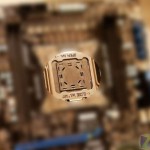 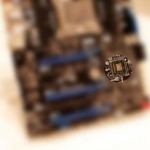 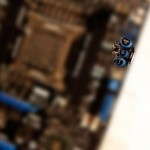 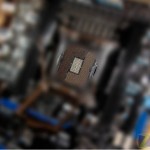 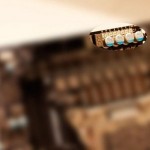 Pictures above shows that the LGA 2011 has the following features: