The next high end platforms/motherboards will have the latest Intel X79 chipset, which consist of a 2011-pin, making it the LGA 2011 socket, and will be powered by Sandy Bridge-E processors (E for enthusiasts). 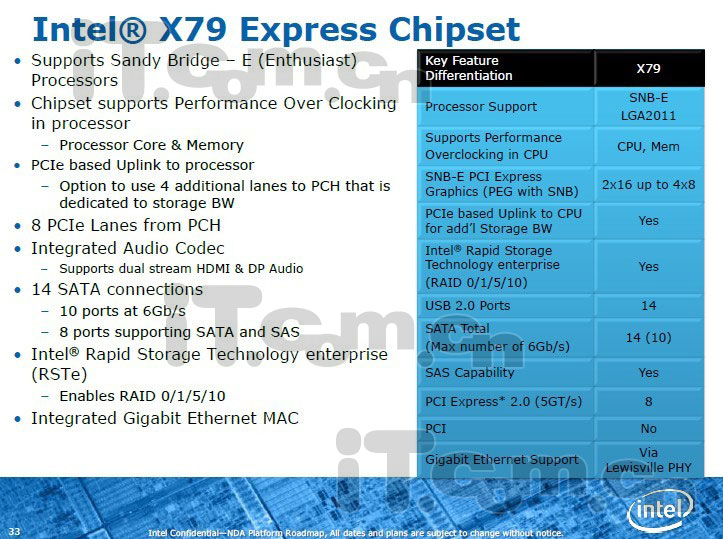 The X79 is a PCH or Platform Controller Hub, but unlike the P67, X79 has a bigger/wider connectivity and features. The user can choose to supplement the physical PCI-Explress 2.0 x4 link to the processor’s PCI-E hub through the EFI setup program, resulting to a whooping 8 GB/s of bandwith. A 10 port- SATA 6 Gb/s RAID controller integrated to the PCH will make use of that feature. 8 of the 10 SATA 6 Gb/s ports can be configures as Serial-Attached SCSI or SAS. Raid 0/1/5/10 are available. 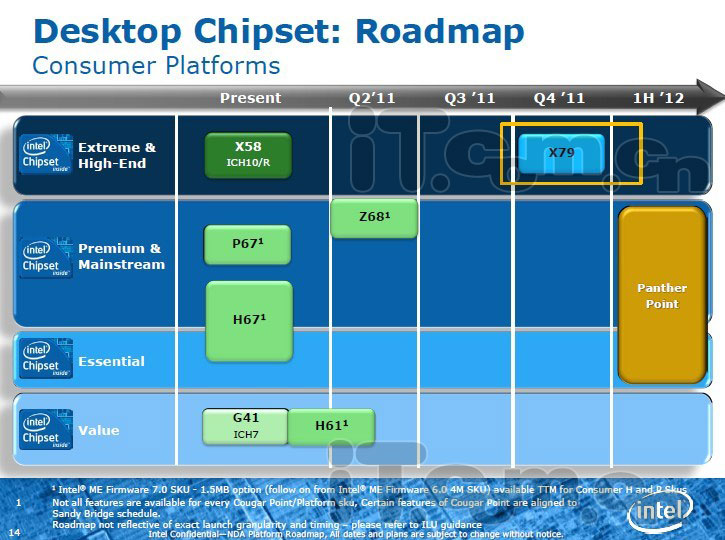 The release date for LGA 2011 is not yet final, but it is scheduled to be released on the fourth quarter or Q4 of 2011.