The iOS 7 is the next generation operating system that is said to features a new “flatter” look for its user interface. According to reports the flatter iOS 7 will have improve multitasking capability, simplistic or flat design (probably like Windows), features more customization options (sounds like Android), and many more. But we don’t know for sure what the iOS 7 will really look like. But thanks to SimplyZesty’s concept design of the new iOS 7, more or less you’ll have an idea on how the new iOS will look like. See more details below. 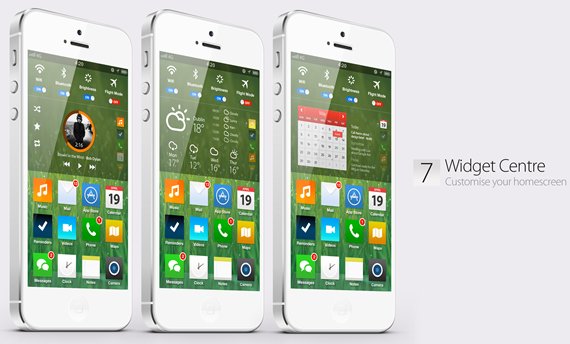 SimplyZesty has rounded up the rumors and information regarding the upcoming iOS 7. And they have comeup with a stunning concept design of what the new OS might look like. Just watch the video below.

I don’t know about you, but based on the concept design, the iOS 7 looks like a combination of Windows and Android inspired design. Although it looks nice and clean and definitely better than the previous iOS UI, in my opinion.

We are hoping to learn more about the new iOS 7 at the upcoming WWDC this June 2013. Most probably the new OS will be introduced together with the next generation iPhone, iPad or iMac, or the other way around.

What do you think of the iOS 7 concept design? If this was the real thing, do you think it will attract more people and reclaim those lost used-to-be Apple customers?