Last October 4, 2011, during the Apple’s event, Apple’s latest smartphone was officially announced and introduced – the iPhone 4S. Although most of us were expecting that the iPhone 5 would be unveiled. Basically the iPhone 4S looks the same as its predecessor, iPhone 4. So what has changed? What’s new in iPhone 4S? 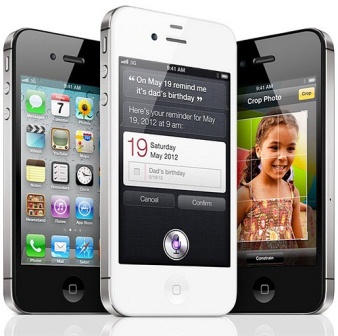 Below is a table comparing the iPhone 4 and the latest iPhone 4S and their specifications.

As you can see in the table above, the specifications in bold letters are the changes and or additions to the iPhone 4S. The iPhone 4S looks similarly like the iPhone 4 but under the hood, it is built with new great features.

Major changes done in iPhone 4S are the following:
1. Dual Core A5 processor

2. Rear 8 megapixel that can capture and record 1080p HD videos and photos

5. Has 14.4Mbps of HSDPA, twice as fast of download speed compared to iPhone 4

6. Bluetooth 4.0 and other improved hardware.

7. With the iPhone 4, user can now mirror on an external LCD screen what the user is seeing on the phone screen via Apple TV. Although this feature is not new. LG Optimus 2X has this one and probably other smartphones as well.

10. Most probably there are improvements in its applications since iPhone 4S runs in iOS 5 already with over 200 new features compared to its predecessors.

More or less, you could say that Apple has made some major changes from the iPhone 4 to iPhone 4S. But despite of the unveiling of iPhone 4S, many people were actually disappointed, including me. We were actually waiting for something far better than the iPhone 4S. We were expecting iPhone 5, with new sexy look and great NEW features, just like when Steve Jobs unveiled the first iPhone up to iPhone 4.

But looking at the bright side, if iPhone 4S have these kind of specifications, how much more would an iPhone 5 have. Right? iPhone 5 still remains a mystery. iPhone 4S release date is scheduled to be on October 14 in USA. iPhone 4S pricing are indicated in the table above.

I hope this mini iPhone 4 vs iPhone 4S helped you in making a better decision whether you should push through in upgrading to iPhone 4S or buy another competing smartphone that offers better specifications and features.