Apple had recently unveiled the most awaited and most anticipated smartphone, the Apple iPhone 5. Many people have been anxiously waiting for Apple big event. So let’s get down to details and find out what the new iPhone 5 has to offer. 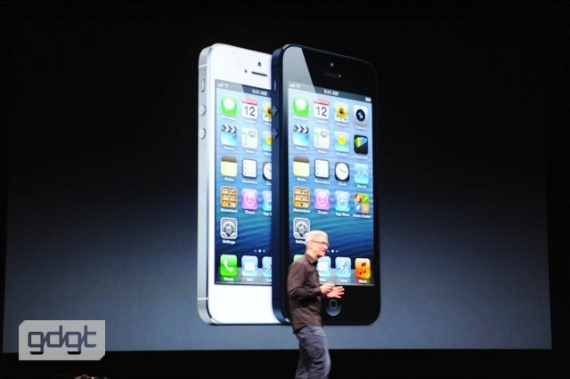 Before they officially unveiled the new iPhone 5, they first gave a brief history and the evolution of the iPhone. And then after a short intro, boom! there’s the iPhone 5 in all its glory! Just like what we saw in leaked images and rumors, the new iPhone 5 is very much the same. According to Apple “it is the most beautiful product we have ever made…”

The new iPhone 5 is made entirely of glass and aluminum, and not Liquidmetal as rumors claimed. It is the first in its class and according to Apple “This is unlike anything we or anyone else in our industry has made before.” It is also the thinnest and lightest phone Apple has ever made.

The iPhone 5 has a thickness of 7.6mm and weighs only 112 grams. Compared to the iPhone 4S that has 9.3mm and weighs 140grams, that is 18% thinner and 20% lighter than the iPhone 4S. Apple also dubbed it as “The world’s thinnest smartphone”. 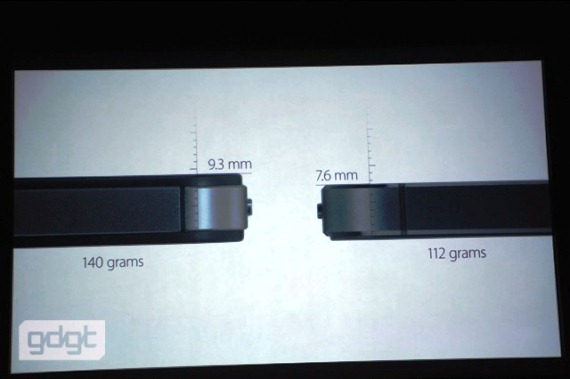 It sports a 4 inch Retina display with 326 pixels per inch, 16:9 aspect ratio and 1136×640 screen resolution. Apple made the size bigger because Apple thought that “your hand should fit” in the iPhone 5. Because of the larger screen size, a 5th row of icon is possible. 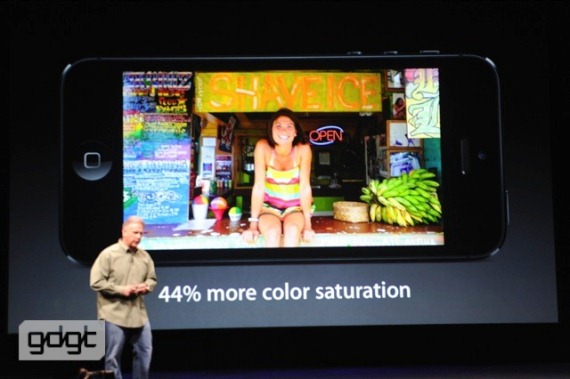 The display also features 44% more color saturation. According to Apple, the iPhone 5 has the most accurate display in the industry. The touch sensors are integrated into the display itself. Apple removed a layer to make it sharper, at the same time making it the world’s most advance display.

All software has been updated for the iPhone 5. More emails and calendar events can now be seen. It also features apps like iPhoto, iMovie, GarageBand, Keynote, Pages, Numbers and more. 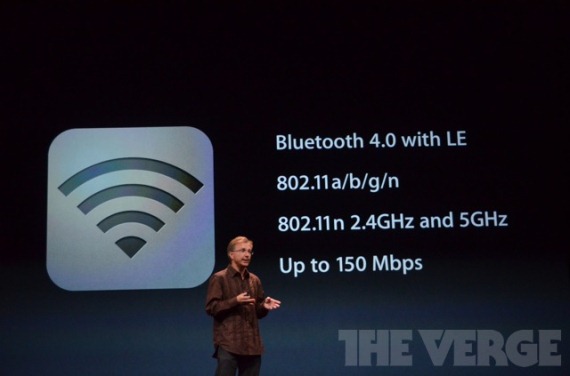 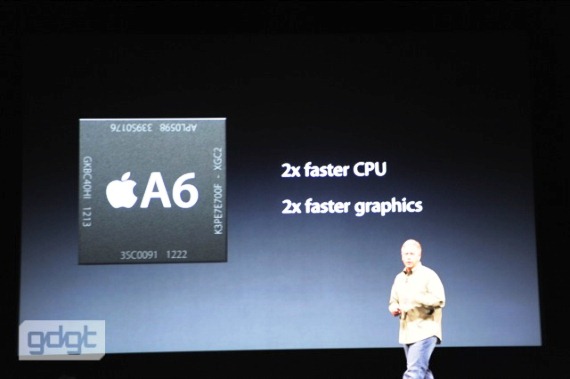 Now let’s look at its performance, Apple has also built the iPhone 5 with faster processor. It’s built with the new Apple A6 chip with 2x faster CPU performance and 2x faster graphics performance.

The battery is also improved in the iPhone 5. It has 8 hours of 3G talk time, 3G browsing and LTE browsing, 10 hours of WiFi browsing, video, music and 225 hours in standby mode. 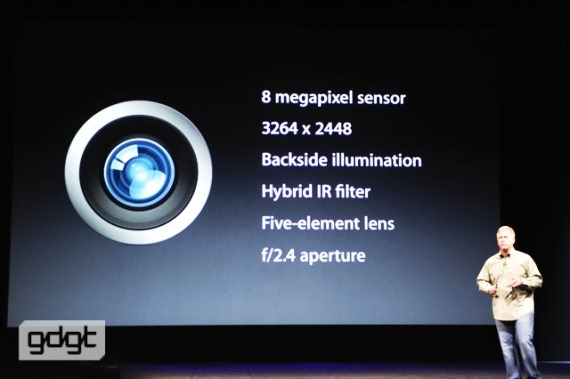 The iPhone 5 camera features an 8 megapixel sensor at 3264×2448 resolution. It has Backside illumination, Hybrid IR filter, Five-element lens and a large f/2.4 aperture size. The iPhone 5’s camera is further improved with Dynamic low light mode, precision lens alignment and sapphire crystal. Its lens is basically made out of sapphire lens. 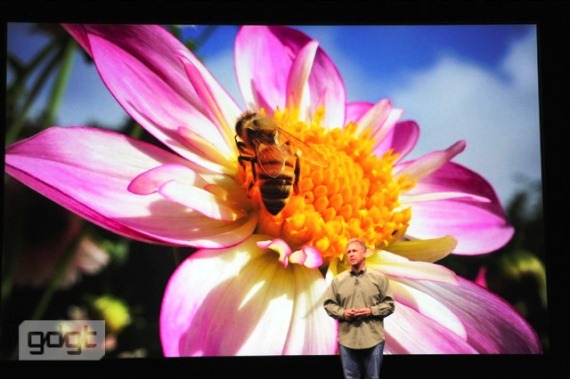 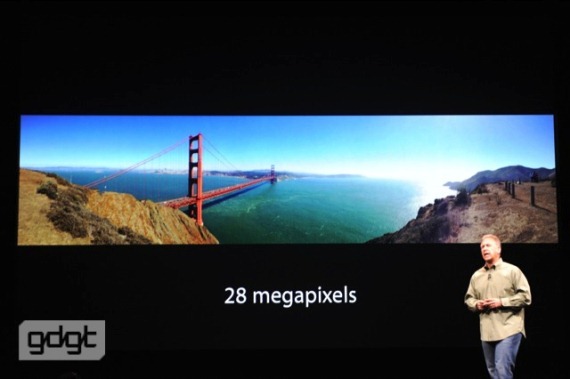 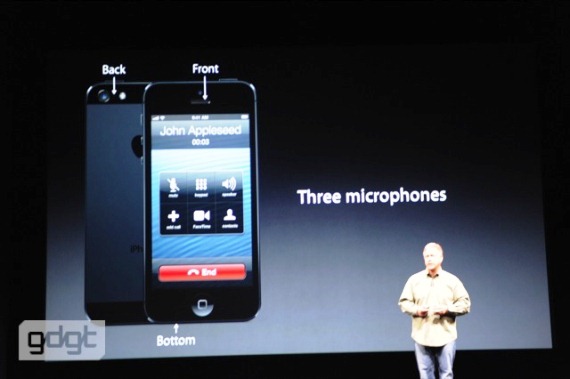 Like what Apple said, everything in the iPhone 5 is upgraded, even the audio. It now features 3 microphones (back, front, and bottom mics). Its audio features an improved speaker design with five magnet transducer and it is 20% smaller. It also features noise-cancelling earpiece and wideband audio. 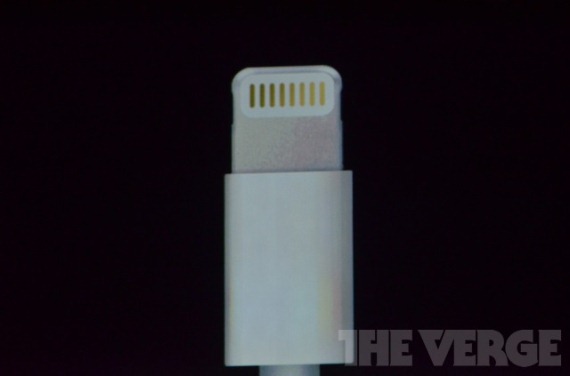 The iPhone 5 has also a new connector and it’s called “Lightning“. The new connector is all-digital, features 8-signal design, adaptive interface, improved durability, reversible, easier to use and it is 80% smaller. 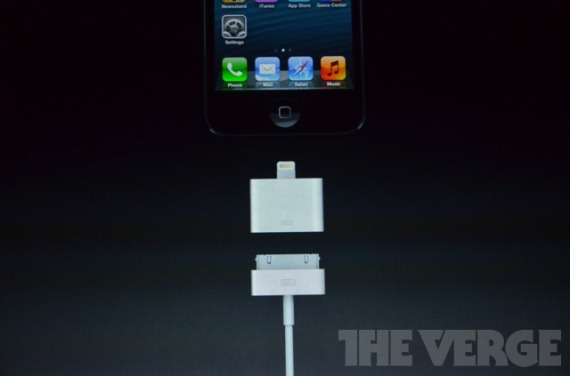 The iPhone 5 also runs on the new iOS 6 with improved apps and software. Everything in its software is also improved, from browsing, messaging, everything, including Siri. 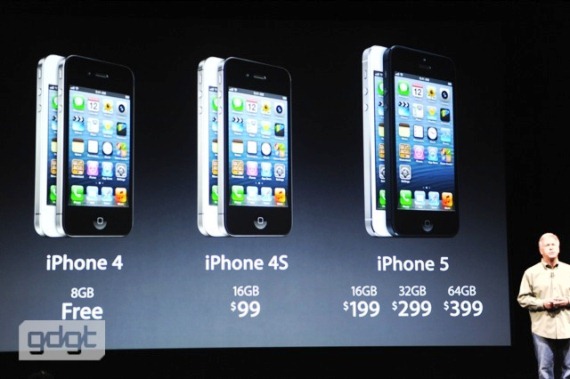 The iPhone 5 starts shipping on September 21 in US, Canada, UK, France, Germany, Australia, Japan, Hong Kong, Singapore. Another batch for 22 more countries will start on September 28, and the rest 100 countries and 240 carriers by December 2012. 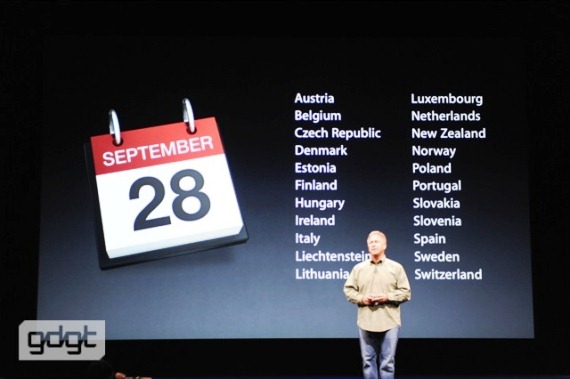 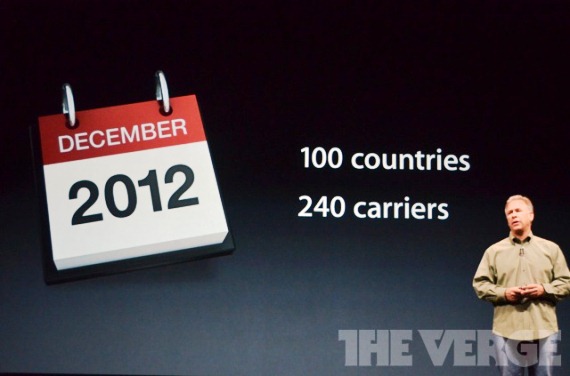 For the major countries, you can start pre-ordering it on September 14.

For those who do not have an iPhone yet, better wait for the iPhone 5. But for those who owns an iPhone 3 / 4 / 4S, this would be a great upgrade. So are you planning to get the new iPhone 5?

Photo courtesy: The Verge and GDGT.