The iPhone might no longer be the most popular smartphone nowadays, but I’m sure there are still millions of die hard iPhone fans out there. This 2013, we will be expecting (perhaps) two new iPhones, the iPhone 5S and iPhone 6. This is just based on the leaked parts image of the two iPhones. 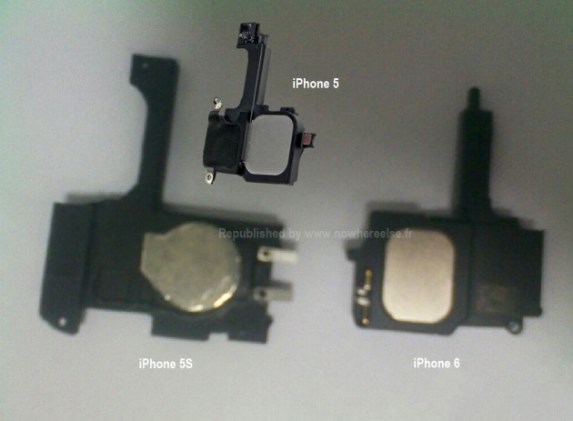 Based on the leaked parts image from Nowhereelse.fr, it appears to be a speaker enclosures for two new iPhones. If you look at the parts, they are not the same size. This tells us that one part is for a certain type of iPhone while the other one is for a different model. So far according to rumors, these part-by-part information and leaked images “fits together”.

This is a great news for Apple and iPhone lovers. Not only one, but two iPhone devices will be released this year. Perhaps there could be a new iPad as well.

But in my opinion, Apple should make something new, and not just “upgrade” their old phones or devices to a “new” one. Apple’s competitors like the Samsung, Sony and other companies are being aggressive in terms of the devices they produce and the specifications they incorporate on their devices.