Kirio Hikifune or Rangiku Matsumoto: Who Do You Think is Hotter?!

So you think Senjumaru Shutara is the hottest Zero Division captain? And you didn’t expect that Hirio Hikifune was actually hotter just because she was really fat? Where you (and also me) were wrong! Who would have thought that this fat shinigami was actually totally hot after losing her stored Reiatsu? Huh?! 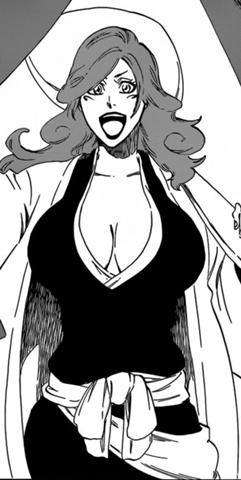 We all thought that Rangiku is the sexiest shinigami in Bleach. She has the biggest “front” compared to all female shinigamis. Until today… Rangiku has met her match, in terms of size and sexiness. That’s no other than Kirio Hikifune, also known as Ruler of Grain / King of Cereals (Kokuou), previously the 12th division captain, and in charge of Gaton Palace.

There is no doubt that Kirio Hikifune is way stronger than Rangiku. She can cook super delicious food and she’s part of Soul Society’s millions of years of history. Meanwhile, Rangiku is Toushiro Hitsugaya’s vice captain. We knew her since the beginning of Bleach and for many years her body has captured many of the Bleach fan boys out there. 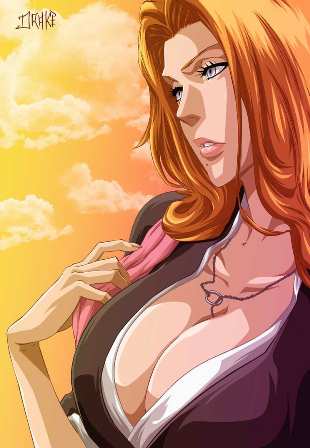 Rangiku, for me, is the “cat” type of women. She attracts guys with her appearance. And we know how men are attracted to “kittens” right? Kirio has her own way of attracting guys. Did you see the look on Renji and Ichigo, and Kon too? They couldn’t even swallow their food. Plus Kirio has the food factor. You know what they always say, that “the best way to a man’s hear, is through his stomach“. And that’s what Kirio is actually doing.

Well, who’s the hottest shinigami for you? Is it Kirio or Rangiku? And Why?

By the way, did you notice the giant spoon/spatula that Hikifune was holding when she went out of the kitchen? Do you think that’s her Zanpakuto? Is that in Shikai form or Bankai form? lol ^_^