LG has officially launched its latest flagship smartphone, the LG Optimus G. It is expected to battle with other high end smartphones, like the Samsung Galaxy S III, HTC One X, Nokia Lumia 920 and the iPhone 5. Beneath its luxurious look, the LG Optimus G is powered by a quad core Qualcomm Snapdragon S4 Pro processor clocked at 1.5GHz, a fast network connection with 4G LTE and a huge 13 megapixel camera sensor. It runs on Android 4.0 Ice Cream Sandwich with LG’s unique user interface. But there is more! 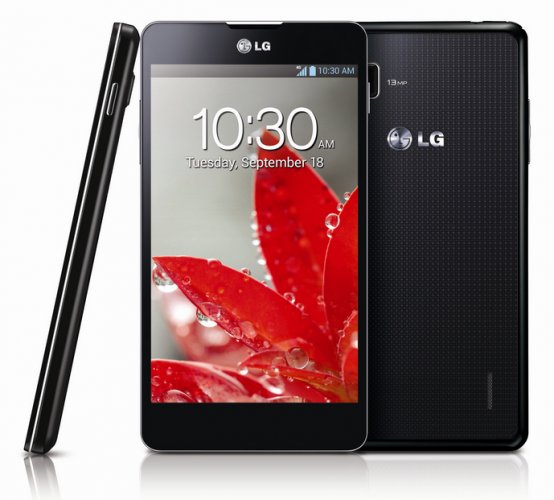 The LG Optimus G E973, is built with a huge 4.7-inch TrueHD-IPS display with Zerogap Touch, making it a little bit smaller compared to a 5-inch phablet like the Samsung Galaxy Note. The S4 quad core processor is paired with a 2GB DDR RAM and a 32GB internal storage capacity.

Aside from the 13 megapixel rear facing camera with f/2.4 aperture size, it has also a 1.3 megapixel front facing camera. The rear camera features Time Catch Shot, Cheese Shutter and more. If you look at the back of the LG Optimus G, it is designed with LG’s patented Crystal Reflection process giving it a luxurious look and feel.

The LG Optimus G also feature a new UX (User Experience) with Cross-Taking, allowing you to run multiple applications at the same time and doing other stuff that other smartphones could not do. Below are lines from its press release regarding this new feature:

QSlide Function shows two different screens simultaneously on one display. As it doesn’t just show a part of the screen but the entire screen of both functions, the user can complete two tasks concurrently -– such as sending a text message or searching the web while watching a video;

Live Zooming enhances the video-watching experience as users can zoom in up to five times while the video is being streamed for a close-up of one’s child while watching a recorded video from a school recital;

Dual Screen Dual Play not only allows mirroring between the smartphone and a TV, it also has the ability to display different content on each screen wirelessly. For example, a slide presentation can be displayed on the TV while the Optimus G shows the accompanying speaking notes;

QuickMemo allows users to write, draw, or jot a memo with their finger directly on the captured screen for sharing instantly with others as an attachment or a URL. The QuickMemo can also be used as an overlay feature — like jotting down a number using the QuickMemo and directly dialing the number while the number is on the top layer;

Screen Zooming allows for the zooming in and out of lists in music player, email, text messages and photo gallery. It also offers the ability to change the font size and screen layout;

Application Link launches preset applications (email, calendar, weather, etc.) when the alarm is turned off -– making preparation time in the morning go a little faster with all the information on your screen;

Icon Personalizer allows users the ability to customize icons by editing size and adding images so the most frequently used apps can be most easily accessible.

No words yet about its pricing, but it will be rolled out globally starting October 2012. In the Philippines, the LG Optimus G might be available by October or November, another gift idea this coming Christmas season. 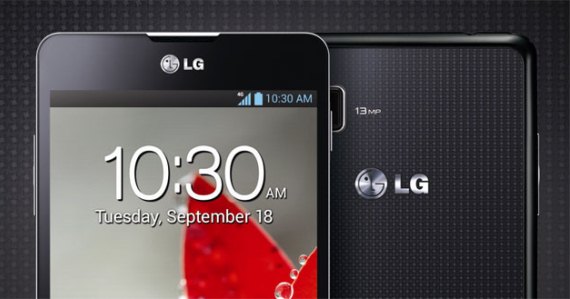