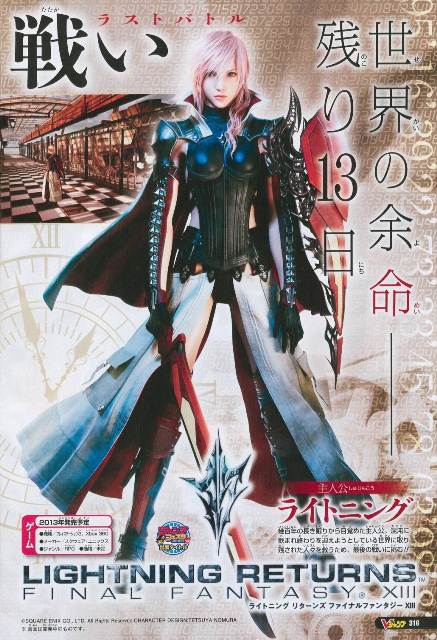 Lightning has gone black and red this time. The shield on her left hand reminds me of Gundam, while the cape with red accent beneath reminds me of Vincent from FFVII. The armor on her arms and shoulder reminds me of the Dark Knight Dress Sphere from FFX-2.

Over all, Lightning really looks tougher in her new armor or gear. Based from the looks of Lightning’s new gear, I’m guessing that she will face more vicious monsters in Final Fantasy VIII-2. And since this is the last installment of the trilogy, it’s expected that it has lots of surprise installed for Final Fantasy lovers.

I’m a Final Fantasy fan, and I’m really looking forward and patiently waiting for this game to be released in 2013.