We’ve been wondering when something was finally going to happen on the gaming front for Marvel. At long last, the company has seen fit to grace gamers with a new mobile title, and it’s a novel approach to the preeminent superhero team, The Avengers. The latest game from the House of Ideas, “Marvel Avengers Academy,” takes your favorite heroes and puts them back in high school. It also gives you the power to not only play with teenaged takes on the heroes and villains, but to also rule the school. 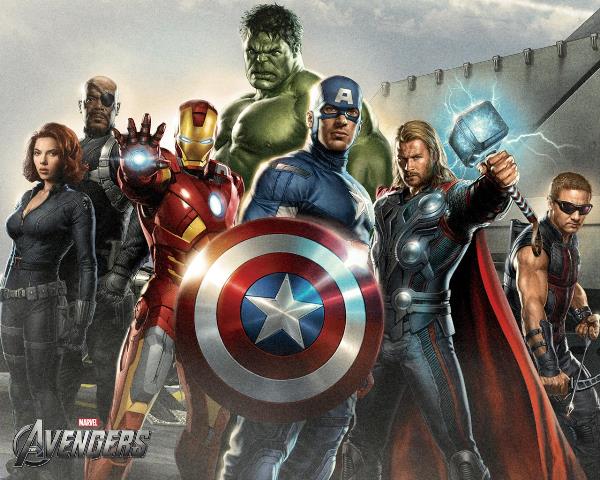 The game is the result of a partnership between Marvel and TinyCo, a mobile gaming studio best known for the “Family Guy: The Quest for Stuff” game. “Avengers Academy” will be free to play, but it will support in-game transactions. Despite a heavy saturation of the market for free-to-play titles, licensed projects continue to perform well in a sea of apps awash with competition.

Marvel hasn’t been shy about using its licenses to take advantage of the burgeoning mobile and casual market. In regards to the latter, they have allowed the use of their characters in casino-style titles featuring the likes of the Incredible Hulk, Iron Man, Thor, and more. The creative use of its cast of characters has been a clever way for Marvel to introduce its universe to a wider casual audience. It’s also allowed for more brand-recognition in advance of the upcoming movies, a strategy that they’re taking to the extreme with “Avengers Academy.”

Players are able to control and customize all their most beloved heroes (and some of their most loathed baddies) as they lead them through an average high school day for an Avenger. Of course, an Avenger’s day in high school is anything but average. It includes everything from breaking into a secret lab to change the grade on your test, going on a date with one of the world’s most feared villains, or simply juggling studies and social lives.

Bill Rosemann, the creative director of Marvel Games, thinks the fresh take on the heroes will help to appeal to new audiences while retaining enough of the classic designs you’ve come to know and love to satisfy even the most die-hard of fans.

“Whether it’s visiting Stark Tower or going on a date with Loki, players will soon be debating what’s the coolest experience of ‘Marvel Avengers Academy,’” Rosemann said in an interview. “…but for this lifelong fan, it’s seeing world-famous superheroes like Captain America, Black Widow and Iron Man reimagined into charmingly fresh but instantly recognizable young-adult forms.”

The new character designs for the game definitely have that unmistakable Disney look and give fans a peek at what it would be like if the old Disney animation department took a run at the comics. Players can also expect a ton of fun cameos and Easter eggs for characters who are about to play big roles in the MCU like the malevolent Thanos or just popular fan-favorites like the incredible Squirrel Girl. That means there should be plenty of replayability to keep gamers coming back to unlock everything.

Superheroes are the characters of the season with new shows coming from both Marvel and DC and a smorgasbord of movies from both companies lined up for pretty much the next decade. The next movie that Marvel has planned will likely include most the Avengers. It’s be the third entry into the Captain America franchise, “Captain America: Civil War,” scheduled to hit theaters May 6, 2016.