One problem that many Android users are facing is limited storage space. Usually Android users have only 16GB of internal storage, some even 8GB or much even lower. And to make it worst, we don’t even enjoy that amount of storage capacity since it’s a shared storage where the Android OS and other bloatware are also consuming the space. We also can’t easily install apps on the external storage even though we have a spanking 64GB or 32GB microSD. Since by default, the system will install all apps and games in the internal storage. Android developers have come up of a solution to this problem. There are some apps that will help you to move apps to the external sd card memory, and some requires you to tweak your system. Most of these “move apps to external sd card” doesn’t really work at all, some does but they are not supported anymore. Today I’m going to show you how you can move apps to external SD card in any Android phone. 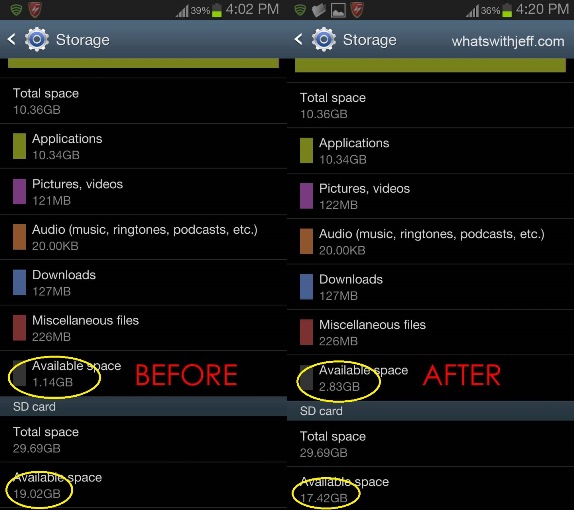 Second we tried using Link2SD that “increases” the internal storage of your phone, by linking it to a partition of your external sd card. But that didn’t work either. It’s too complicated and sometimes, if not most of the times, is not working either.

How to REALLY Move Apps to External SD Card

Now, there is a new solution to the storage problem, it’s called FolderMount. This little piece of app basically moves the path directory of your installed apps to your external sd card then “links” them. Thus freeing up more storage capacity by transferring the load to your external card.

FolderMount is like DirectoryBind. They both do the same thing, but the problem with DirectoryBind is that it’s no longer supported. It’s a dead app. And it won’t work with newer Android phones like the Samsung Galaxy S4, or latest Android OS versions.

However FolderMount is much easier to use, and the developer is continually updating the app. It supports the latest Android smartphones and Android OS, even 4.2.2. It’s also free to download, but with the “lite version” you can only move up to three folders only. You also can’t transfer a main folder like the “Android” folder in your sd card. 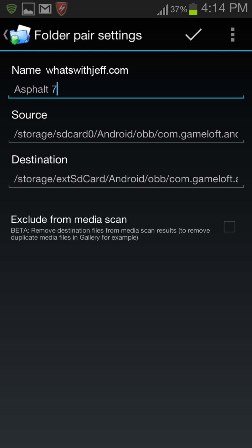 I’ve already move two games which consumes around 1GB of internal storage using the FolderMount. And it’s working perfectly. Just a reminder, since the data files are already in your SD card, there might be a change in the performance of the app, specially during load times. Reading and writing speeds also depends on the type of SD card you use. Be sure to have a fast and reliable micro SD card.

I’ll make a tutorial later on how you can move apps to external sd card using the FolderMount. In the mean time, if you want to try the said app, you can download FolderMount here, and if you are satisfied with the app, and would want unrestricted access, you can purchase the Premium version for only $1.99. You can purchase it by going to the settings/options menu of the app.

So far this is only the app I know, that can really move apps to external SD card even on latest Android smartphones like Samsung Galaxy S4, and newer version of Android OS like 4.2.2.

If you find this article to be helpful, please do share this with your friends or network.