More and more details of the upcoming AMD’s Radeon HD 6790 are leaking out. Previously, pictures of Sapphire’s HD 6790 was shown and now it’s MSI’s turn to show what they got.

Based on the pictures, MSI Radeon HD 6790 or the MSI R6790 seems to be using the same non-reference PCB that MSI used on it’s Radeon HD 6800 series. It also has a single fan VGA heatsink. But MSI has a different rear port layout from Sapphire’s 6790. 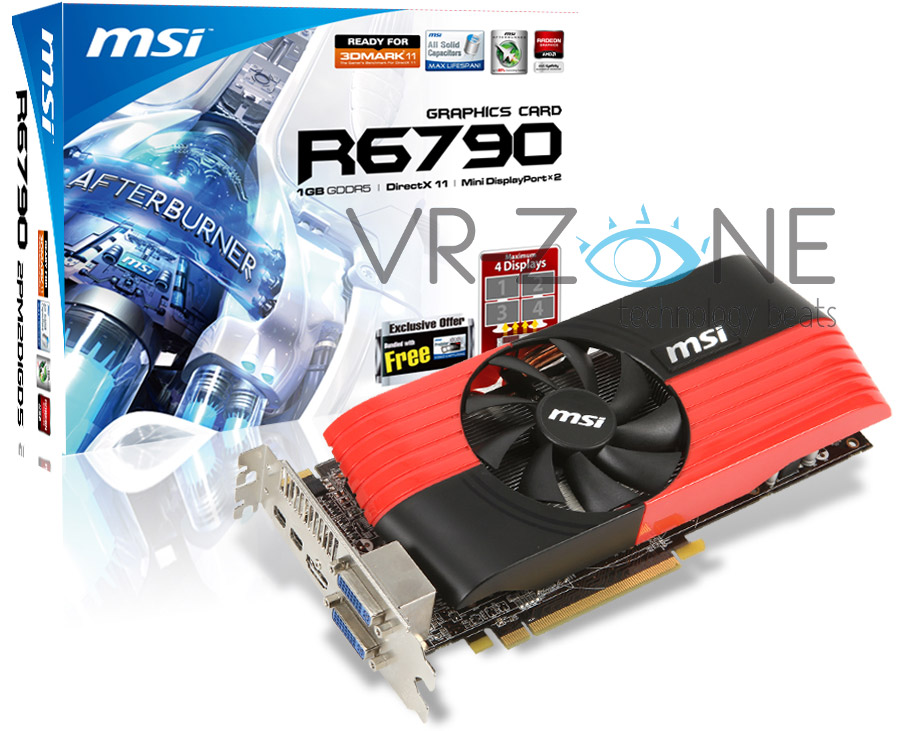 According to VR-Zone, they suspect that MSI will be having different version for the Radeon HD 6790 such as Cyclone or Twin Frozr II, of which R6790-2PM2D1GD5 (standard naming scheme of MSI) is the basic model.