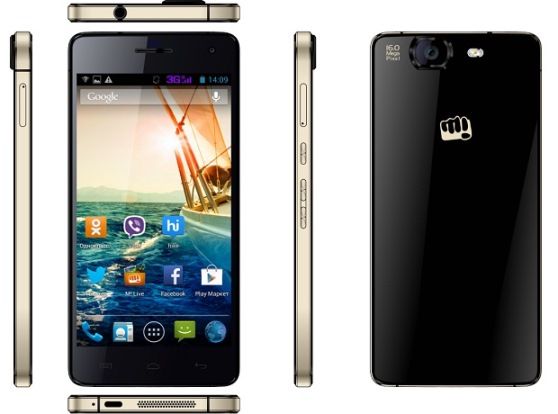 The MyPhone Infinity runs on, not the latest, Android 4.2.2 Jelly Bean and features a nice 5-inch Full HD IPS display at 1080×1920 with 441 pixels per inch density. Its octa core processor is from MediaTek and has a clock speed of 1.7GHz, similar to that of Cosmos Z2 and Diamon X1. The processor is paired with a 2GB of RAM and a Mali 450MP as its graphics processor. It comes with 16GB internal storage, but there is no microSD card slot, which is kind of a disappointing.

The MyPhone Infinity also features a 16 megapixel rear facing camera with autofocus and LED flash. The rear camera is paired with a 5 megapixel front facing camera. You also get the basic connectivity options like WiFi, Bluetooth, GPS, and microUSB port. MyPhone hasn’t revealed its battery capacity yet, but it might come with a 2350mAh battery or probably better. But the battery is non-removable since it has a sealed type design, similar to that of an iPhone.

Below is a photo of the MyPhone Infinity with an Antutu Benchmark score of 26825. That’s a high score already, and it’s even higher than my Galaxy Note 2. But sometimes (or most of the times) real world performance doesn’t really equate to the benchmark scores. It might beat the Galaxy Note 2 or S4 in some areas, but if the scores do equate even in real world performance, then expect to have a smoother experience when using the MP Infinity. 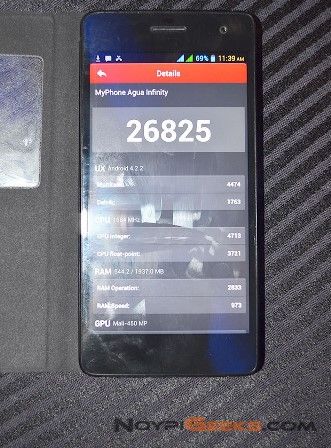