Naruto 618: The One Who Knows Everything (Released)

Naruto 618 is the next episode of Naruto manga series. It is expected to be available online by the 29th or 30th of January. On the last episode we witnessed the awesome chakra channeling of Naruto that give instant boost to the other Shinobis. As a result they were able to defend themselves from the Juubi and was able to penetrate Tobi and Madara. Will they finally defeat Tobi and Madara? And were is Sasuke right now? Find out in Naruto chapter 618.

UPDATE: Naruto chapter 618 is now available. This chapter is entitled “The One Who Knows Everything”. Who are they? No other than Konoha’s previous Hokages. 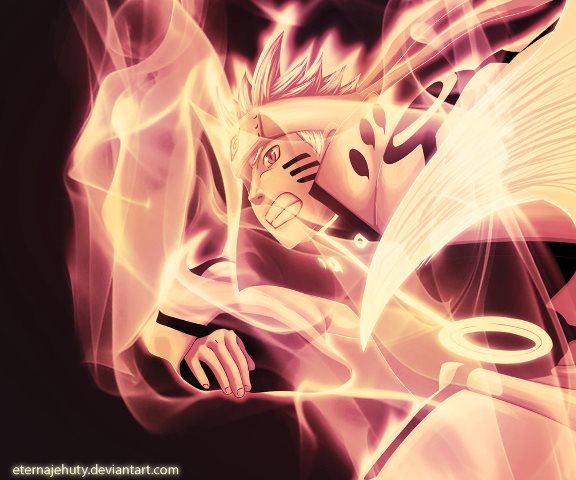 Wow! That was very close. I thought Tobi and Madara would be a goner. But I guess that would seem very easy for them to finish off Madara and Tobi. The real fight is about to begin. So I guess this will be Naruto or Kakashi vs Tobi and Madara will have to fight the other Shinobis. Or they might doing a simultaneous attack on both of them.

I’m just wondering, now that Tobi and Madara’s connection with the Juubi was physically severed, is the Juubi now out of control? If so, they might have a chance of defeating the Juubi once and for all. But I might be wrong and the Juubi will go berserk. Remember, it’s not the final form of the Juubi yet. Madara said before that it will again evolve, I guess, to its final form.

Now on the case of Sasuke, Orochimaru and the rest, we knew they came back somewhere in Konoha. But where exactly in Konoha are they? The background seemed to be a ruined and abandoned area. Looks like a fight happened there before. And what exactly is Sasuke trying to find out?

Right now, I do not have the answers to these questions. Perhaps you could help me out and leave your theory below the comments section. ^_^

Naruto 618 spoiler will be released just 1 day before the chapter is released, if ever a confirmed Naruto 618 raw scan or spoiler is leaked or released. Stay tune cause I’ll update this post once Naruto chapter 618 is released.

Don’t forget to buy the original volumes once they become available in your region. ^_^