Naruto 668 is the next exciting chapter in Naruto Shippuden manga series to be released by the second week of March. Naruto and Sasuke are both safe now and they are on their way to recovery. Kabuto arrived to help Sasuke, just as many of us predicted, and Obito was able to start transferring the Kyubi’s chakra back to Nartuo. But the main thing that will happen in Naruto 668 is that Gai is determined to use the 8th Gate and will turn into Konoha’s “Red Beast”. Will this finally be goodbye for Mighty Gai? Will Naruto turn into Rikudou Naruto as well? Will Sasuke have Rinnegan activated? And what is Tenten planning to do with the Treasured Tools of the SOSP, Kohaku no Johei and Benihisago? Let’s find out in Naruto chapter 668. 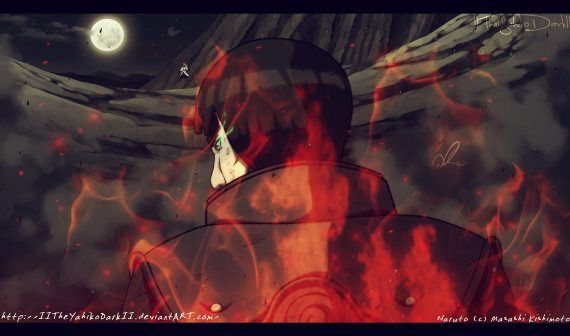 UPDATE: Naruto 668 was recently released. And as expected a lot of flashback happened in this chapter. But Gai did opened the last gate, just like what his father did. Gai Unleashes the Red Beast but Madara wasn’t worried at all. Hope Gai’s sacrifice would not be in vain. Farewell Gai!

There are a lot of possible things that will happen in the succeeding chapters and I am very excited about it. First off, finally it was revealed in the previous chapter that the mysterious person right next to Sasuke is none other than Kabuto, just like many of us predicted. Kabuto was finally able to accept who he really was and escaped Itachi’s Izanami. That was rather fast for Kabuto to realize and accept things! But that was a good thing, since thanks to Kabuto Sasuke is now safe.

Meanwhile, I think Sasuke is on its way to awaken his Rinnegan. He already activated his Mangekyou Sharingan, he already experienced near death and finally Sasuke is healing him using Hashirama cells. If indeed this is all true, then we will see Sasuke completely healed with his new Rinnegan eyes. This is going to be awesome! 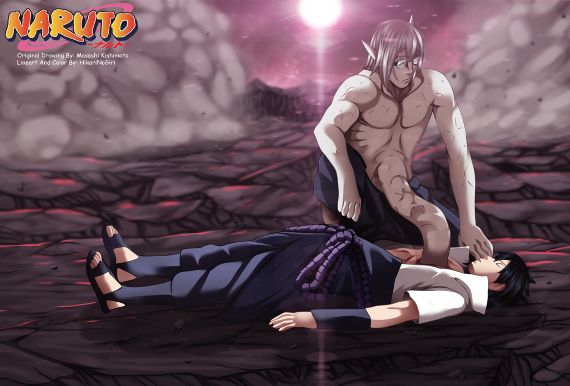 I know a lot of us are also expecting that Naruto will turn into the Sage of Six Paths, and that could all be thanks to Obito’s help. Right now Obito is transferring the Kyubi’s chakra back to Naruto. Naruto’s recovery is eminent and he will join the fight soon.

In the previous chapter, Gai did use the forbidden technique but he only opened the 7th Gate and turned into the Blue Beast. But this time, in Naruto 668, Gai is already determined (and has decided) that he will open the 8th Gate and unleash the Red Beast.

Opening the 8th Gate will grant Gai powers that could match (or probably higher) than the Hokages. Unfortunately, I am not very confident that Gai will defeat Rikudou Madara even if he uses the 8th gate. I just hope that Gai’s sacrifice would not be in vain. And besides it is not Gai’s destiny to defeat Madara.

Probably A Lot of Flashbacks

If Gai will open the 8th Gate and he is really going to die soon, expect that there will be a lot of flashbacks. Probably most of the pages or the entire Naruto chapter 668 is a flashback commemorating Gai’s memory. Farewell Gai! =(

Naruto 668 release date is on the second week of March, on Wednesday/Tuesday depending on your region. Naruto 668 spoilers aren’t leaked anymore so let’s just wait for the real thing to be released. Stay tuned!