Naruto 672 is up next and finally we are back at the battle ground were Gai is fighting Madara really hard. The previous chapter was also a huge revelation in the world of Naruto. It’s finally confirmed that Naruto is Ashura’s reincarnation and Sasuke is Indra’s reincarnation. Naruto and Sasuke are bound to face each other. Whether they decide to fight each other and re-leave Ashura and Indra’s life and keep the war going on, or end it once and for all is really up to them. Hagoromo or the Hermit of the Six Paths has just entrusted his powers to Naruto and Sasuke and this will change everything. Meanwhile Gai is having a hard time with Madara, but it seems that Madara is also having a hard time (rather a good time) fighting Gai. Will Gai use the Night Moth? Will this be Gai’s final move? Let’s find out in Naruto 672.

UPDATE: Naruto 627 was recently released. Naruto chapter 627 is entitled the night month. This is an epic chapter. The battle between Gai and Madara ends. Gai heavily damaged Madara but he wasn’t able to kill him. Then Naruto finally arrives at the scene rescuing Gai. This is a must read chapter guys! 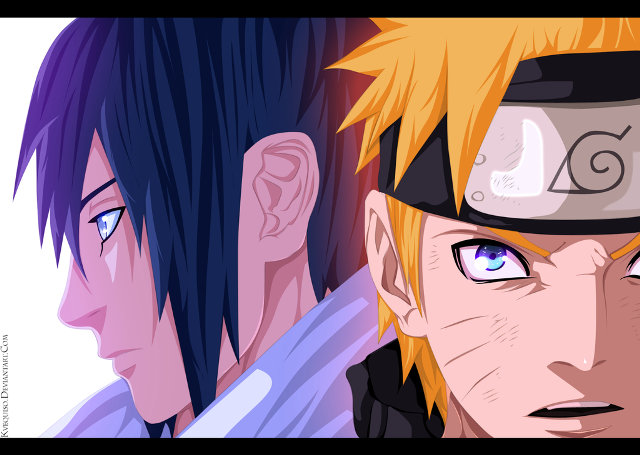 What Happened So far

In summary of what had happened during the previous chapter. It was revealed that Sasuke is the reincarnation of Indra. Naruto felt that too, only that he didn’t know what it was all about. And as expected Ashura was also the reincarnation of Hashirama and Indra in Madara.

The war continued with Hashirama and Madara. But before Madara died, he was too obsessed with power and combined Hashirama’s cells into his body. He was able to mixed Indra’s chakra with a part of Ashura’s chakra which awakened the SO6P’s chakra thus awakening the Rinnegan. 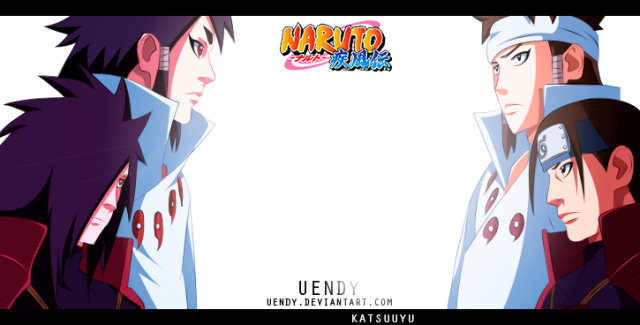 According to Hagoromo, the Ninshuu was supposed to connect people; however his mother Kaguya became too powerful and was feared by the people. Kaguya became obsessed with power just like what is happening to Madara.

The holy tree is somewhat similar to the movie The Matrix – well if you have seen the movie you would understand what I mean. People are attached to its roots and keep them alive and happy by showing fake dreams, at the same time it sucks out their powers to keep it alive.

Kaguya aside from having the Byakugan also possesses the Sharingan power. By now we should be able to understand where all this eye powers came from. In addition, Hagoromo warned Naruto that they must stop Madara otherwise the world would end. 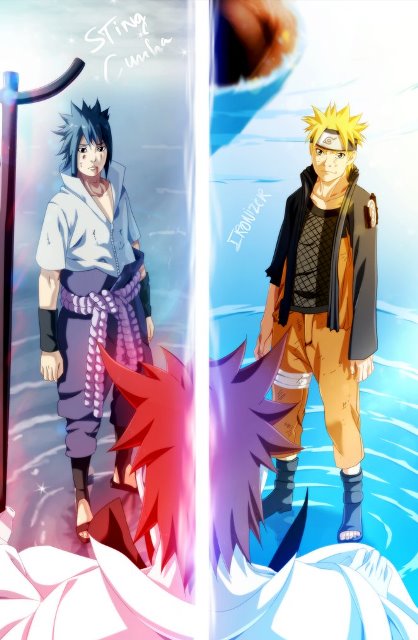 In the end, we found out that it was not only Naruto who was able to talk with the Sage of the Six Paths. He too appeared in Sasuke and told the same story and asked the same question. Both Naruto and Sasuke arrived at the same answer and Hagoromo was satisfied with their decision. Hagoromo entrusted his powers to Naruto and Sasuke and he leaves the fate of the world to both of them.

After receiving the powers of the Sage of the Six Paths, Naruto and Sasuke have finally awakened. Will they make it in time to save Gai and stop Madara?

In Naruto 672, we are back at the battle between Gai and Madara. It seems that Gai is really having a hard time fighting Madara. He is badly beaten and looks very tired already. I guess the 8th Gate is already taking its toll on Gai. But Gai has one final move left.

On the other hand, Madara is having fun despite taking heavy damage from Gai. But it seems that Madara still has tricks under his sleeves. For Madara, Gai’s Evening Elephant wasn’t enough. But Gai is now planning to use the Night Moth.

I take that Gai will die after using the Night Moth on Madara. This will be Gai’s last move and it will be a more powerful attack than the Evening Elephant. Seeing Madara now, I’m sure that Gai’s Night Moth will pierce Madara. But I’m not confident that Gai will be able to finish Madara with this move.

If Gai killed Madara with the Night Moth, then what is the purpose of Naruto and Sasuke attaining new powers from the SO6P? I’m pretty sure that Naruto and Sasuke will not fight after they have awakened. Most probably they will use the powers entrusted to them by the SO6P to defeat Madara and end the war once and for all.

UPDATE: Early Naruto 672 spoilers is out. We see Gai unleashing the Night Moth. But funny why does it look like a dragon just came out and not a Moth?